Tyler Mulkey getting use to college golf pressure 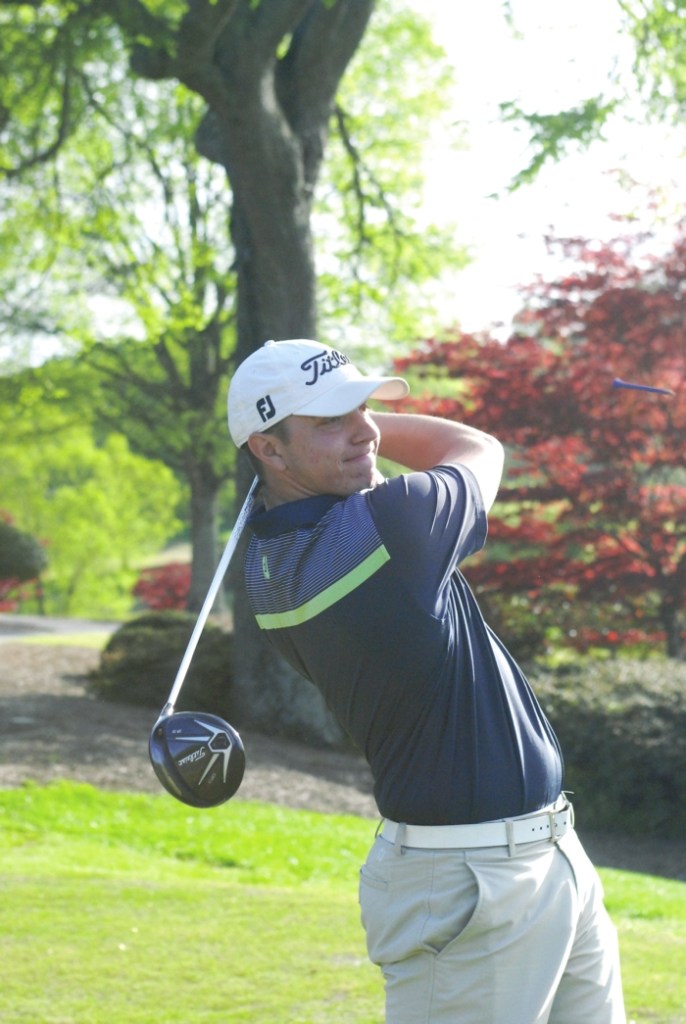 SALISBURY — The South Atlantic Conference men’s golf tournament begins near Brevard on Sunday at Etowah Valley Golf Club, and Tyler Mulkey feels ready as the Indians head to the mountains.

Mulkey, a former North Rowan High School baseball player who turned to golf as a senior, is nearing the end of his first collegiate season. Catawba coach Sam Gealy says Mulkey is among the team’s top three players, impressive, considering his lack of experience.

Trey Burton, Jordan Taylor and Wes Cline have higher stroke averages, but Mulkey averages 79.3 per round in his freshman year on the course. Mulkey is a sophomore academically, after spending last year at UNC Charlotte.

Mulkey played in numerous local tournaments but his first college event was at Kiawah Island in September. He shot 81-83, fourth best on the team. That’s how it started.

The spring tournaments have seen nothing but improvement for Mulkey.

“I really was excited that his chose to come to Catawba to play golf because even though he’s a little bit inexperienced right now, he got to play all of the tournaments this spring and experience is going to pay off in the long run,” said Gealy. “And I think by the time he graduates, he’ll be a really good golfer.”

Taylor and Cline are juniors and Burton is a talented freshman. But Mulkey is holding his own.

“Burton and Taylor are a little ahead, but we’re pleased with where Tyler is right now. He’s been working hard and I think he has the chance to get a lot better.”

Mulkey says that he’s getting to used to the pressure of college golf — in fact, he likes it.

“In college, you’re playing for your entire team and they’re counting on you to have a good score and the competition is unbelievable,” said Mulkey. “You have to get use to it and embrace the pressure. It’s a process … but the pressure actually helps me focus.”

Mulkey is most proud of his first tournament of 2016 in February. Catawba was in Newberry’s event at Kiawah’s Ocean Course, site of a PGA Championship (2012) and the 1991 Ryder Cup.

“That was my second-ever college tournament,” said Mulkey. “I shot 86 in the first round but then 77-77 over the next two days. That turnaround was big. I mean, to shoot 77 at a tough course like that, with the constant wind, again, it was big.”

Mulkey led Catawba in the most recent tournament, the Tennessee Rumble on April 5, with a two-day 162. He finished second among Catawba players in the two tournaments before that, including a 40th overall, during the Richard Rendleman Invitational at the Country Club of Salisbury.

“Probably, the biggest thing I’ve learned in college golf is minimizing your bad shots and you’re bad shots cannot be bad enough to cause those big numbers,” said Mulkey. “And chipping and putting is where the emphasis is in college golf. You’ve got to make pars, even if you miss the green. That’s been a big challenge — scoring. I’ve had some good rounds but a bad hole or two threw it for a loop.”

Tyler says that his father, Terry, was his first golf influence, getting his started as a little boy. But older brother, Eric, who played at Catawba Valley Community College, quickly became a bigger influence.

“I saw Eric having success,” said Tyler. “He’s a past Labor Day champion, won the Rowan Amateur the year (2014) that we were in the semifinals together and he always set the bar high for our family.”

“Every time I see Frank Adams, I try to have a conversation about tournament golf,” added Mulkey. “He always has some good pieces of advice to share so I talk to him as much as I can because he’s had more tournament golf experience than anyone else that I know.”

Gealy was familiar with the Mulkey family and had seen Tyler play in that 2014 Rowan Amateur. Gealy just didn’t have room on the team at the time, so Tyler enrolled at UNCC.

“We had a lot of seniors at that time and we needed to free up some positions and some scholarship money and the timing became right the next year for Tyler,” said Gealy. “He was able to join us last fall. He’s an outstanding student as well and that’s very important to us. He did great at UNCC academically and he has continued that performance in the classroom at Catawba.”

It’s very obvious that Mulkey is one happy former baseball player, one that is so glad that he transferred back home to Catawba to play golf.

“To be a college athlete, that’s something that not everyone gets a chance to do, so I figured if I got presented with that opportunity, I should take it,” said Mulkey. “UNCC is always going to be there but a golf opportunity like this might not be.”

The Indians had a practice round on Saturday and play three rounds in the SAC Championships, beginning on Sunday.