Ready for the record, can Warriors get win No. 73? 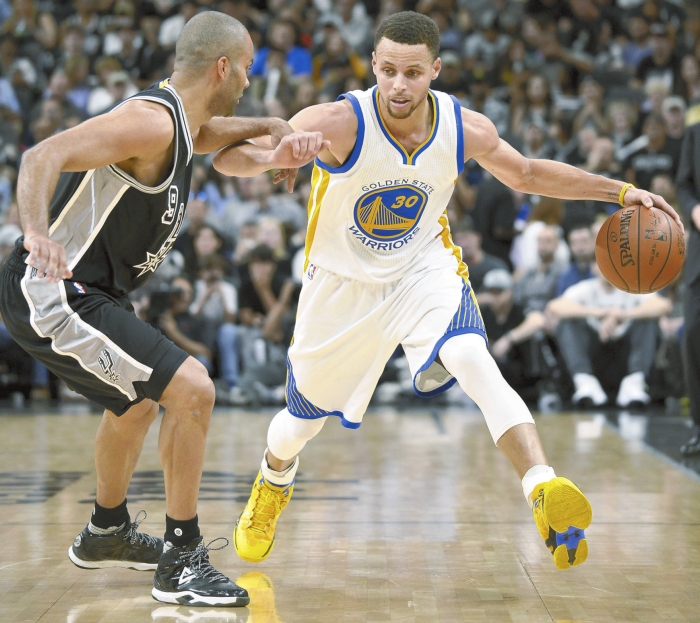 Twenty years later, the reigning MVP and his defending champion Golden State Warriors are on the brink of doing just that and making yet more history this season.

“I knew what it was but you never really thought about it in perspective of anybody chasing it. It was kind of that number that was out there that seemed invincible,” Curry said after practice Tuesday. “Even at the beginning of this year, even when we started 24-0, it was kind of: ‘Well, maybe we can do it. We’re going to keep playing every night with the intention of winning as many games as possible,’ but it just sounded kind of ludicrous, 72-10, how much good play has to go into it. We’re there now, 72-9, and we’ve got one more chance to beat it.”

That comes Wednesday, when the Memphis Grizzlies visit Oracle Arena as Golden State goes for win No. 73 to best the 1995-96 Bulls.

And to think of all the scrutiny the Warriors got last June when they captured their first championship in 40 years.

Like that Golden State’s title was no way legit because it didn’t go through the San Antonio Spurs. Oh, and the opponents the Warriors did beat were all hurt.

Clippers coach Doc Rivers ruffled Warriors feathers six months ago when he made comments about Golden State getting lucky.

“You need luck in the West,” Rivers said. “Look at Golden State. They didn’t have to play us or the Spurs.”

The Warriors were annoyed for a moment, then went to work showing the rest of the NBA they were for real — and playing with a bit of a chip on their shoulder, no doubt about it. They were knocked again along the way, with Curry’s pull-up-and-shoot-from-anywhere style criticized by some Hall of Famers and other former greats.

No harm, just part of it when you’re on top, Curry insisted, then shrugged it off.

He can silence them all soon enough.

“It’s a big deal for sure,” Curry said. “It’s our last regular-season game, our last tuneup before the playoffs and nobody wants to lose their last game going into the playoffs if you can avoid it, and obviously 73. We want to get that number. Why not?”

Curry and coach Steve Kerr expected the Warriors to be better this season, but this good? No way. This many wins? Hardly. Not with every opponent bringing its best every night.

He wishes the record hadn’t come down to the regular-season finale.

“It would have been cool to take care of the games we were supposed to take care of and have it already out of the way,” Green said. “The way this thing has played out, to be at home with one shot at it, it’s pretty amazing. You can’t not talk about it at this point. The whole world’s talking about it now. It’s everywhere. There’s no way to hide from it now. Honestly, realistically, I didn’t think it could be done.”

While Kerr missed Tuesday’s practice for a doctor’s appointment, the Warriors were on task and enjoyed hosting Los Angeles Angels sluggers Mike Trout and Albert Pujols along with infielder Cliff Pennington and reliever Joe Smith, who beat Curry at PIG.

It kept the mood light with much still at stake this week.

“We have an opportunity to do something that has never been done in history,” Curry said. “So many great players have suited up since the NBA began. For us 15 guys to say we’ve accomplished something as a group that’s never been done before, that’s remarkable. We earned the right to have a 48-minute game to eclipse that mark and we have to go out and finish the job, do it the right way. … To be in this position is special. It makes you appreciate all the work that’s gone into it, the sacrifice, the good decisions from upstairs. You want to enjoy the moment for sure.”

“It should be a fun 48 minutes and hopefully a night we’ll remember for a long time,” said Curry, who knows any celebration will be short-lived with the playoffs coming. “We’ll be able to enjoy it. You want to be able to enjoy all the hard work that goes into — if we get this last win — into an 82-game grind. That definitely deserves a moment to kind of reflect. But come Thursday when we step foot on the practice floor getting ready for the playoffs when it matters, you’ve got to kind of move on.”