Kobe Bryant to end his career tonight on a mellow note 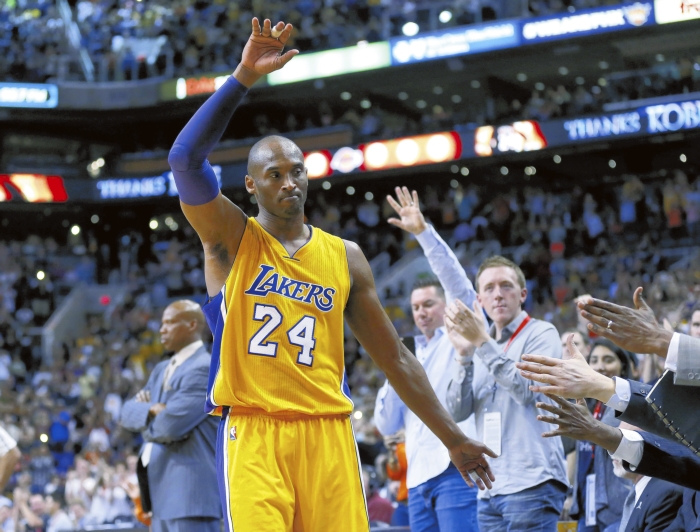 Los Angeles Lakers forward Kobe Bryant (24) leaves the court during the second half for the final time of the NBA basketball game against the Phoenix Suns, Wednesday, March 23, 2016, in Phoenix. The Suns won 119-107 in Bryant's last game in Phoenix. (AP Photo/Matt York)

He used to be driven to catch Michael Jordan at six titles. It consumed him, bothered him, forced him to the local track on hot July days while the rest of the NBA partied in Las Vegas, the Bahamas and any other place that wouldn’t dare consider early-morning workouts.

The fact Bryant no longer cares about falling one championship short is a good indicator. It’s time to retire.

Tickets in secondary markets range from $700 to $10,000 for Wednesday’s game at Staples Center against Utah, the latter price not quite getting you a courtside seat.

Bryant, 37, played the role of ambassador since announcing his retirement intentions, cheered in enemy arenas that historically despised him (Philadelphia, Boston, San Antonio) and collecting special gifts by the armful.

His play has fallen off badly — he leads the Lakers in scoring at 16.9 points a game but is shooting a career-low 35.4 percent — and yet he’s been introspective and charming in interviews across the country with reporters.

The bizarre backdrop is the Lakers’ unsightly 16-65 record, the worst in the franchise’s long, successful history. Everybody around him says Bryant is “at peace” with his decision to retire, the losses no longer affecting him like they did in the past.

Where there used to be anger, there’s now appreciation.

About 25 of his former teammates will be there — from Shaquille O’Neal to DJ Mbenga — and the pregame ceremony will include a three-minute tribute video but no public display of gifts from the Lakers, as per Bryant’s request.

He has already received some priceless goods on his final lap, including a slab of the Garden court from the Boston Celtics, a giant framed Lower Merion High jersey from Philadelphia, an elite five-day Napa Valley vacation from Golden State and a decade-long pass to all U.S. national parks from the Utah Jazz, along with a VIP experience for his family at the park of their choosing.

Teammate Metta World Peace, who was on board for Bryant’s last championship in 2010, gave thanks to Bryant via an animal analogy that only he could deliver. World Peace, for the uninitiated, likes to be called the Panda’s Friend.

“As the king of all pandas, playing against and with the Black Mamba — you know, the poisonous snake — I’ve experienced the ultimate effect of the venom as an opponent and as a teammate,” he said.

“And I’ve seen the effect that the venom had on other opponents. He’s been spitting his venom for 20 years. A lot of the opponents shriveled up as if you poured salt on a worm. You ever see the worms go squiggle, squiggle, squiggle? His venom has done that. And I’m just excited that the panda, who was never really affected by that venom, is actually on the same side as the Black Mamba, one of the most dangerous snakes in the world.”

Not to be forgotten, longtime Lakers trainer Gary Vitti is also retiring Wednesday. His tenure lasted 32 years and included eight championships in 12 trips to the NBA Finals.

He chose to paraphrase General Douglas MacArthur when asked about his final game on the Lakers’ bench.

“Old athletic trainers never die. They just fade away,” he said, his last one-liner as a full-timer. He’ll be a consultant with the team for two more years.

The Lakers will move on without Bryant, who makes $25 million this season. They’ll have plenty of money to spend on free agents this summer and a 55.8 percent chance of keeping their top-three protected draft pick on lottery night.