Yesterday: A ‘Gem’ of a movie theater 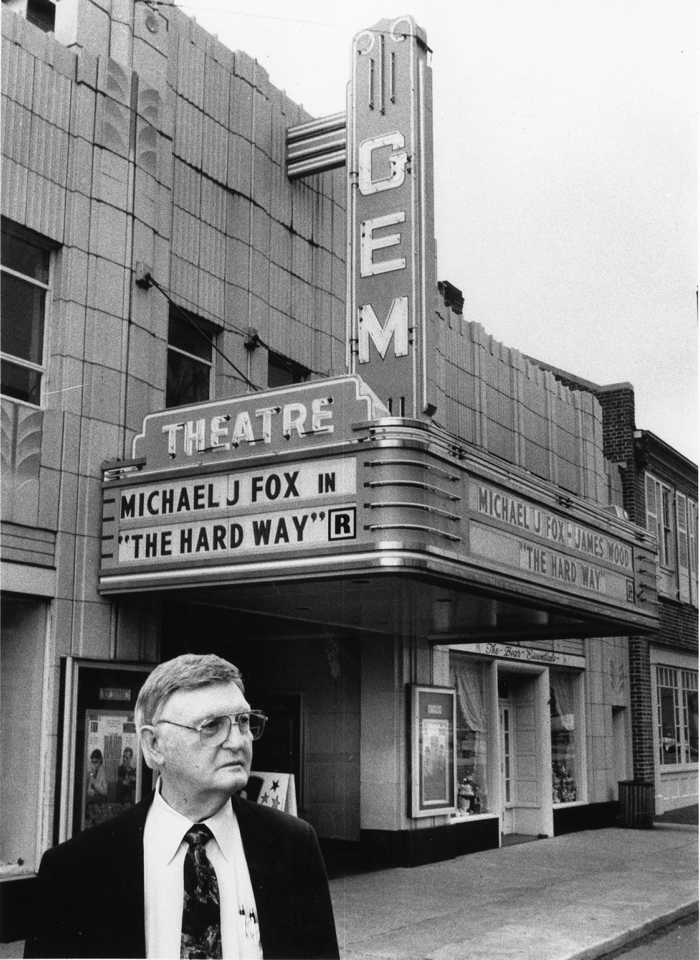 In this Salisbury Post file photo from May 1991, taken by Wayne Hinshaw, longtime manager Clyde Scarboro stands outside the Gem Theatre, which remains an iconic movie house in Kannapolis. The Gem Theatre opened in early 1937, and during the 1940s and early 1950s, traveling stage shows were scheduled, always followed by a movie. Performers such as Roy Rogers and his horse, Trigger, the Horace Heidt Show, Tex Ritter, Lash LaRue and Fred Kirby made appearances at the Gem, which went to its wide screen in 1953. A fire gutted the back section of the Gem on Feb. 21, 1942, and only the front part was saved. Because of World War II, its rebuilding had to be delayed until materials were available. Meanwhile, the concession stand was used to distribute ration coupons. Cannon Mills Co., the original owner of the theater, rebuilt it, and the Gem opened again on March 15, 1948. In 1972, Cannon Mills relinquished the Gem to a newly formed, local corporation, Gem Theatre Inc. Scarboro was the man most associated with the theater until his death in 1995. He had started with the theater in 1946.