What lies do we tell in the name of love? 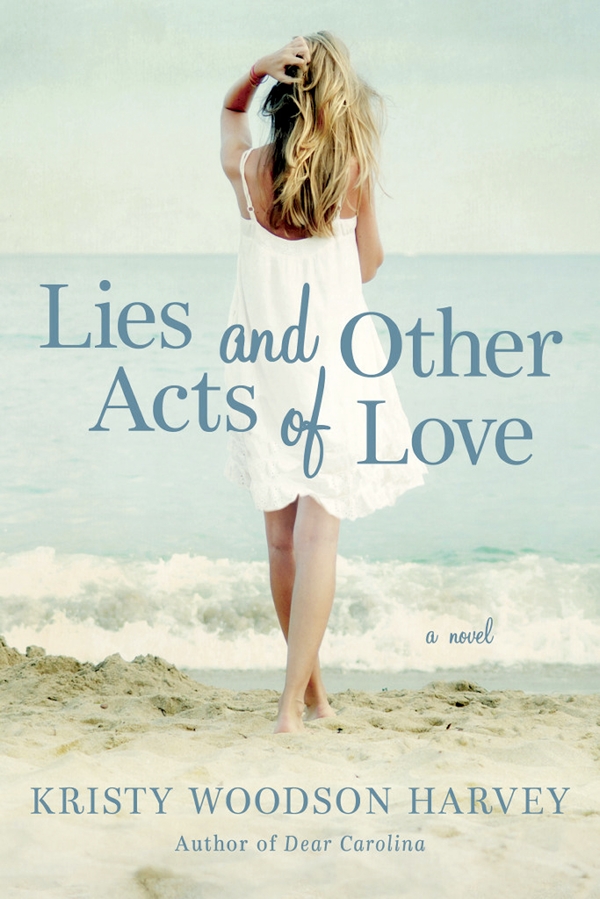 Kristy Woodson Harvey will start a new series with "Slightly South of Simple" this spring. Her last book was a top seller in Rowan.

Kristy Woodson Harvey, one of several successful authors with Salisbury ties, spent a lot of time here in March at the Rowan Reading Rendezvous, graciously speaking on panels and meeting fans, including one man who bought her family’s previous house.

She’ll be back here on April 15 at Literary Bookpost to launch her latest novel, “Lies and Other Acts of Love,” which again features a young woman at a crossroads, as did her first book, “Dear Carolina.”

Harvey will be at the bookstore from 5-7:30 p.m. and probably attract a big crowd. Her fan base is growing and she’s reaching a lot of readers. The new book, as well as John Hart’s “Redemption Road,” have been chosen 2016 Spring Okra Picks by Southern Independent Booksellers.

In this book, she tells two stories, that of Annabelle, a young woman madly in love and quickly married, and her grandmother, Lovey, a woman who raised five daughters with her devoted husband, who is in decline. For readers not in their 20s, Lovey’s story is compelling, and for young women, Annabelle tells a cautionary tale.

Annabelle has dumped the man she was supposed to marry, the man everyone expected her to marry, and run off with a singer she meets at a nightclub.

He falls head-over-heels for her, and she finds him different and exciting. In a matter of days, they’re married.

Life on the road is fun, for the most part, and the two can hardly keep their hands off each other. It’s the love dreams are made of.

Lovey, meanwhile, is facing the fading of her beloved husband, the man she waited for while he went off to fight in World War II. While Annabelle’s mother and aunts are shocked by her marriage and ready to criticize, Lovey counsels patience, letting time work its wonders.

We quickly learn Annabelle is not the only one with dilemmas and concerns. As Annabelle faces the consequences of her choices, Lovey must make impossible choices of her own.

Are there secrets in this large family? You bet. Each of Lovey’s daughters has a secret of some sort that can upset the whole family. Annabelle harbors two secrets, confiding in no one, because she now trusts no one.

The only person she can turn to is the Episcopal priest who has hired her as a sort of office manager. Rob can easily read Annabelle. He knows what she needs — distraction that will allow her to stand back far enough that she can open her eyes. Though she feels the fool, Rob’s words of wisdom and seemingly innocent errands keep Annabelle from running off the rails, though she comes dangerously close.

When her ex–fiancé Holden starts showing up all over the place telling her he still loves her, she wants to be rid of him. But as her story unfolds and her dreams become nightmares, she sees him as the safe port in the storm, a rock of predictability and familiarity.

But something is wrong here. And it’s not just Annabelle’s man problems. Holden is really too predictable, too focused on goals and achievements, expecting certain behavior. Of course he promises to change. Of course he showers her with attention and gifts and takes control of her when she is hurt and vulnerable.

But is this the answer? While she’s floundering, moving from one mistake to another, Lovey provides the contrast of a woman who made her choices and has been faithful to them.

Lovey’s poignant story shows what a strong, level-headed woman can survive and do, in the name of love and loyalty. Lovey is fed by her years of living, of giving and not always receiving, of understanding and forgiving.

She knows perfectly well what’s going on, and she knows all the things her daughters have tried to keep quiet. She knows when it is time to intervene, and when it’s time to let her loved ones stumble on their path.

Annabelle thinks she knows what’s best, but she has an awful lot to learn about life and love and what matters in this big world.

Harvey’s second novel is full of abandon, caution, love and hurt, buoyed by two spirited women who learn when to take control and when to give it up.