All-Rowan County: Salisbury’s Knorr once again tops in the pool 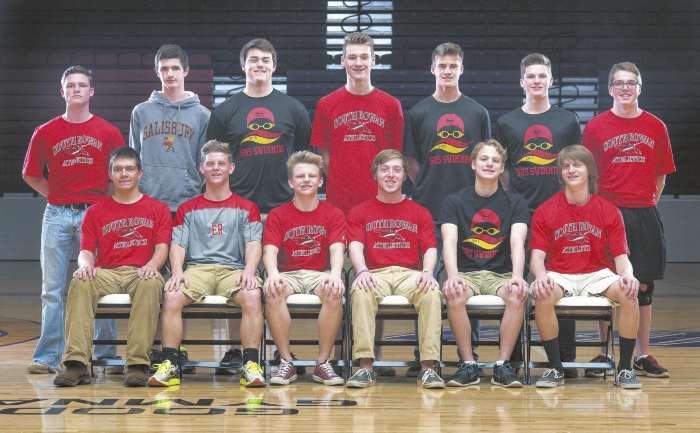 SALISBURY — Salisbury’s Ethan Knorr is a sophomore who’s hard to ig-Knorr.
Forgive the pun, but the reality is that Knorr is out there on an island by himself when it comes to Rowan County boys swimming.
Knorr repeats as the Salisbury Post’s county swimmer of the year. Knorr was MVP of the Rowan County Championships and runner-up to West Davidson phenom Alex Van Der Linden for Central Carolina Conference Swimmer of the Year honors. Knorr also impacted the 1A/2A State Championships in Cary.
“I actually had kind of a tough day in the state championships, but you make do with what you have,” Knorr said. “I didn’t have quite as good of a day in states as I did my freshman year, but I still did pretty well.”
Knorr was third in the state in the 500 freestyle as a 14-year-old freshman and repeated that bronze-medal finish as a sophomore.
In the 200 IM, the event Knorr considers his specialty, he slipped from fourth as a freshman to eighth as a sophomore. He’s broken two minutes in the event, but he was clocked at 2:01 this time.
But you have to remember, Knorr was putting in a full day in the pool. He was also a key part of two Salisbury relay teams that earned points in the state championships.
Knorr, a science and math whiz, is one of the elite students at Salisbury, but he still finds time to train 19 hours a week with the Rowan Aquatic Club.
He was introduced to swimming at age 6. Fun in the water gradually evolved into a desire to excel in competitive races. Salisbury coach Ryan Starrett believes Knorr has the right stuff to be a future state champion.
“I just want to keep improving,” said Knorr, who ruled the county meet with individual wins in the 500 free and 200 IM and a relay victory in the 400 free.
Salisbury scored 57 points in the 1A/2A State Championships and finished 14th as a team. Knorr had a hand in 51 of those 57. He was responsible for 27 points in his individual events. The Hornets added 24 points with 11th-place finishes by both relay teams Knorr was part of.
Salisbury’s other six points came from Matt Woolly’s 13th in the 100 breakstroke (4) and Roarke Burton’s 15th in the 100 free (2).
Salisbury senior Woolly was Rowan’s best in the 100 breaststroke.
The rest of Salisbury’s all-county standouts are young — sophomores Joe Steinman and Keegan Dillon, and Burton, a freshman who is the county’s reigning 100 freestyle champ.
Dillon was big for Salisbury’s relays, while Steinman was the county’s 100 butterfly runner-up.
While Knorr gave the Hornets the county’s top individual, a strong group of South Rowan seniors managed to pull out another county team championship. The last time a Rowan boys program other than South won a county title was West Rowan in 2002.
South’s all-county contingent includes three individual county champs — senior Stetson Johnston (100 backstroke), senior Dakota Dennis (50 freestyle) and senior Andrew Perry (100 butterfly).
South nipped the Hornets 104-97 for the county title. Firsts by the Raiders in the 200 medley and 200 free relays were instrumental. South seniors John Fulton, Tristan “Shaggy” Wyatt and Blade Blumenthal made all-county as relay champions.
South senior Tyler Fields, made all-county as the 100 breaststroke runner-up.
East Rowan placed third in the county meet and has two all-county swimmers. East senior Chance Brown was county champ in the 200 freestyle and runner-up in the 100 free. Senior Nathan Leazer was runner-up in the 50 freestyle.