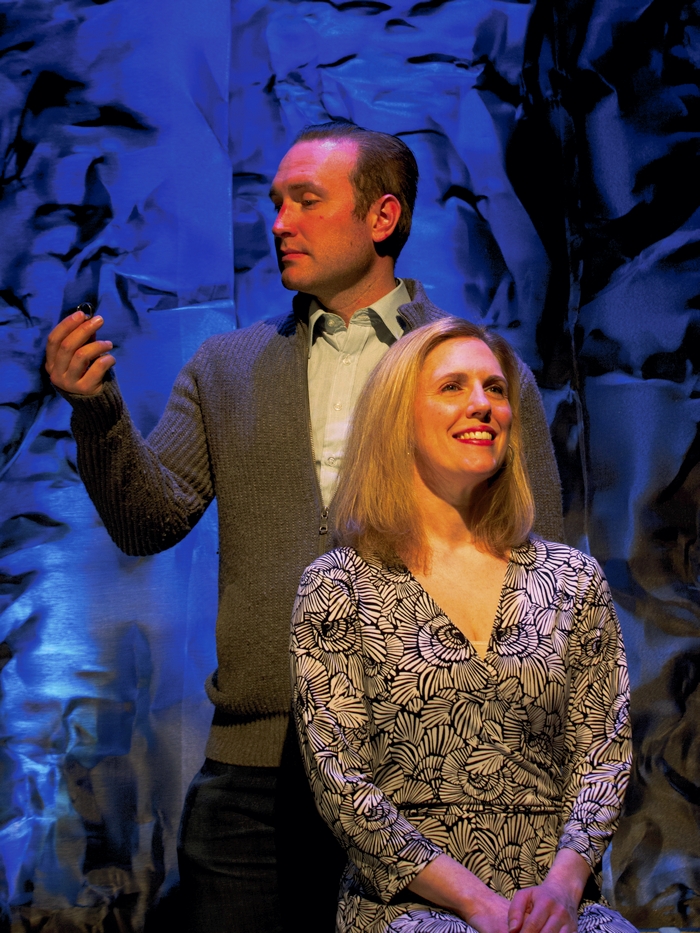 Lee Street theatre is proud to present “The Last Five Years” April 14-16 and 21-23 at 7:30 p.m. each evening. The show is directed by Tommy Foster and musically directed by Matthew Michael Brown.

“‘The Last Five Years’ has become an icon of what contemporary musical theatre can and should be,” says Foster. “It tells the story of a struggling young actress, a successful young writer, and their five-year relationship. The play begins with the woman at the end of their marriage and the man meeting her for their first date. The man, Jamie, moves forward in time while the woman, Cathy, moves backwards so we continuously see how they are coming together and falling apart. It is a profound look at the nature of human relationships and how we fall in love.”

Karen Christenson of Charlotte plays Cathy, and Lee Street theatre’s Managing Artistic Director, Justin Dionne, plays Jamie. While official rehearsals began a few weeks ago, the duo began learning the music as soon as they were cast last fall. “[The show] is revolutionary in its simplicity and yet vastly complicated musically and structurally.” says Foster. Writer and composer Jason Robert Brown is notorious in the theatre world for writing incredibly difficult yet beautiful and moving music.

Drama Desk winner “The Last Five Years” has been translated into a handful of languages and was named one of Time Magazine’s 10 best shows of 2001. A testament to the show’s longevity and spurred by the show’s regional popularity, “The Last Five Years” enjoyed an Off-Broadway revival at Second Stage in 2013. A film adaptation was released in 2014 starring Anna Kendrick and Jeremy Jordan and is currently on Netflix.

“While the story is very specific to these characters, there is a universal truth in the journey of falling in love, marriage, and the potential to fall out of love,” Foster adds. “One turn, one decision, one step can alter the course of our relationship and ultimately, our lives. “The Last Five Years” remains, for me, one of the most moving pieces of theatre I have ever seen or been a part of.”

All performances are at the Lee Street Theatre and Performing Arts Center at the Tom and Martha Smith Event Center, 329 N. Lee St. Tickets are $20+tax and available at www.leestreet.org or 704-310-5507.

The world’s funniest kid comes to the Norvell Theatre…