Life in the Carolinas: Umbrellas, an invitation to come back and baseball 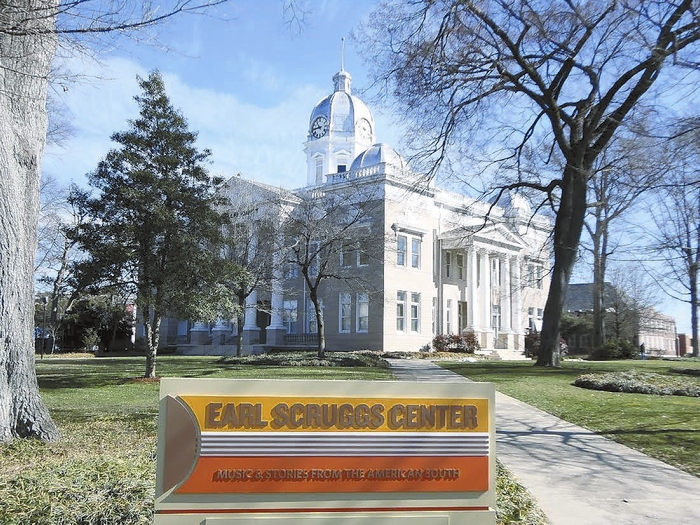 Life in the Carolinas

It was an umbrella day for our cameras and everyone else in Shelby, and a lot of people had traveled to the town square for the much anticipated opening of the Earl Scruggs Center.  Earl Eugene Scruggs was born in the nearby farming community of Flint Hill. Growing up, he had been surrounded by brothers and sisters who played the banjo and guitar, so it’s no surprise that they had a significant influence on his life.

The surprise, however, may have come when, at the age of 21, Earl was invited to join Bill Monroe’s Bluegrass Boys. This was just the beginning. Three years later he and Lester Flatt left the Bluegrass Boys and formed the Foggy Mountain Boys; before long the group was simply know as Flat and Scruggs. In 1955 the group joined the Grand Ole Opry, and soon the incredibly successful Martha White brand sponsorship became synonymous with the sounds of Bluegrass music. Martha White Self-Rising Flour with Hot Rise “Goodness Gracious, It’s Good” became a common expression of the day.

Another significant public success came in 1962 with their release of “The Ballad of Jed Clampett” on the TV show “The Beverly Hillbillies.” Flat and Scruggs were guests on the show several times over the years.

The Flat and Scruggs band parted ways in 1969 and Earl went on to organize the Earl Scruggs Revue. They enjoyed much success and the three-finger Scruggs style of banjo playing has charmed hundreds of millions of music listeners and players around the world.

The Earl Scruggs Center is located in the middle of the historic Shelby Town Square in the old courthouse and is all about the music and stories of the American South. I met a lot of great people on the opening day of the Scruggs Center, and we produced a good segment for Life in the Carolinas on the day’s activities.

After I finished my interviews, I was leaving by one of the side doors of the center. I was greeted by someone saying, “Hi, Carl, welcome to Shelby. I’m Allen Langley, and I’m a fan of your show.”

We had a pleasant conversation, and Allen invited me to come back to Shelby and he gave me a list of things that he thought would be good stories. He shared his contact number and said he would be happy to assist in any way that he could. I came to discover that Allen was right about Cleveland County, and he was also true to his word; when I called, he was very helpful in assisting with producing stories in Cleveland County. Allen leads a very busy life running his business activities. He is an active Rotarian, serves on various boards and has a big heart for those in need. With all that going on, he found the time to help anyway. Allen is a good friend to have.

I was glad to discover that The American Legion World Series now calls Shelby its permanent home. When I met Eddie Halbrook, co-chairman of the executive committee of the American Legion World Series, I came to understand the true power of his community. I witnessed hundreds of people working together on projects that benefit their community at large. Eddie was the first to tell me that it’s always a team effort. And those around him told me of his tireless work and commitment to benefiting everyone. Eddie is truly a champion for the cause of his community and nation.

Yes, this story mentions a fine place to visit – The Scruggs Center. But more than that, it mentions Earl, Allen and Eddie, three people who have made a difference in the world.  I am glad I have been influenced by their lives.

Carl White is executive producer and host of the syndicated TV show Carl White’s Life In the Carolinas. The show can be seen on WJZY Fox 46 Sunday mornings at 10 a.m.

In training exercises, rescuers do the heavy lifting