Barbecue and a Cheez Whiz milkshake 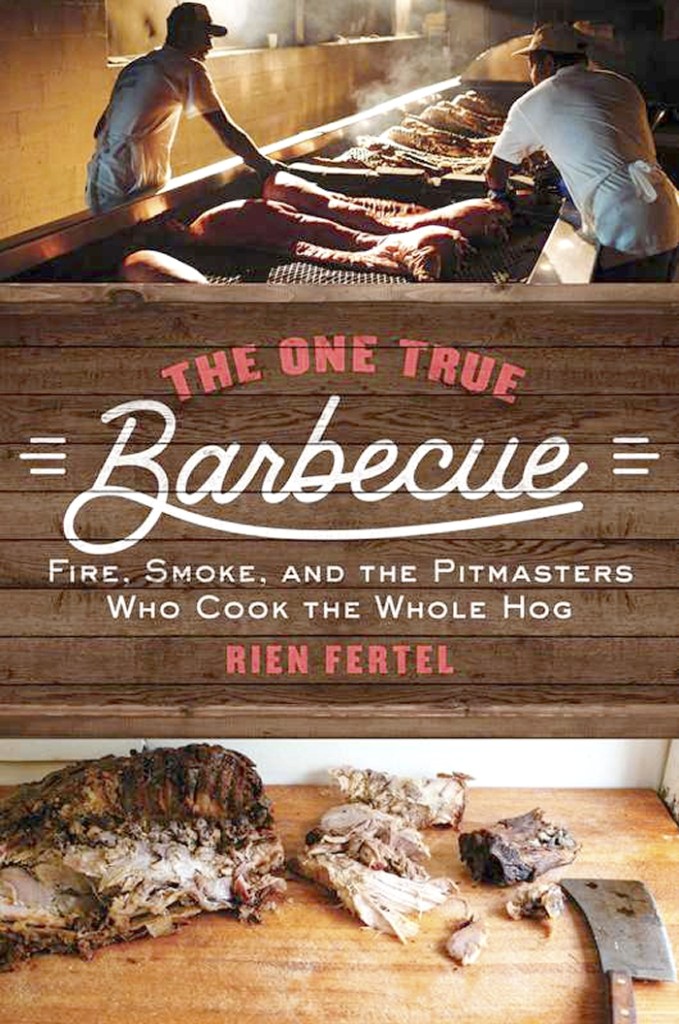 The newest book on barbecue.

If John Shelton Reed’s book, “Barbecue,” just whet your appetite for more, you will soon be able to get “The One True Barbecue: Fire, Smoke, and the Pitmasters Who Cook the Whole Hog” is coming out May 10. By the time you say the title, you’ll be hungry.

Rien Fertel is a food writer and historian who has traveled Tennessee and the Carolinas to find the last few pitmasters who use real smoke.

He’ll be appearing in Chapel Hill, Durham and Pittsboro with his book.

Though there are only about a dozen or so whole-hog establishments left, entrepreneurial young pitmasters are bringing about a resurgence of this time-intensive practice with new dedication, to barbecue’s lore and family legacy, and to restaurants opening in unexpected places, like Brooklyn.

Fertel maintain that the smoky, wood-fired pork cooked by whole-hog barbecue pitmasters is perhaps America’s one original food as well as the original expression of barbecue.

Wayback Burgers, which are way up in Connecticut, sells never frozen burgers and hand-dipped milkshakes.

They say cheese lovers will go gaga over it. More like gag, gag.

The burger joint has also served high protein milkshakes with cricket powder and beef jerky. They suggest the Cheeeeesy Gold is also useful for dipping their house-made chips in. And you can get the 22-ounce shake for just $4.50.

Wait, was this a horrible April Fool’s joke? Nope. The milkshakes were actually served at a number of their restaurants over the weekend.

Here’s what is real, and always available — they have a Triple Triple Burger, made with nine beef patties and nine slices of cheese. Hello, cardiology department.

But they also serve a Carolina Burger with chili, slaw and onions.

Since we can’t agree on the most pressing issues in the current presidential race, it appears we are quick to judge how our candidates eat.

Even the Donald and Sarah Palin were found eating pizza with forks in 2011.

But the funniest has got to be British Prime Minister David Camer, who, in 2015, ate a hot dog with a knife and fork. Snob.

Finally, a fruity, refreshing drink for that late afternoon on the porch. the Kingston Colada is pretty simple

• Squeeze of lime, slice of lime

Fill a rocks glass with ice, then mix rum, coconut water, pineapple juice, bitters and lime and stir. Garnish with a slice of lime.

‘Southern’ a label writers can live with