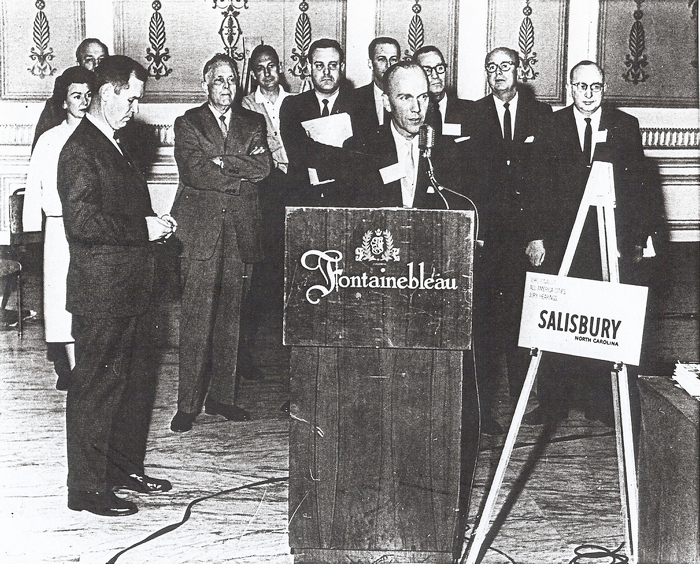 Joan Palmer provided this photograph to the Post. It shows her father, Hank Palmer, speaking at the microphone of the Fountainbleu Hotel in Miami, Fla., during Salisbury’s presentation to a selection jury for 1962’s All-America Cities. Palmer was executive vice president of the Salisbury-Rowan Chamber of Commerce at the time. His wife and Joan’s mother, Petie Palmer, is on the far left, partially hidden behind Dr. Frank Efird, one of the main spokesman for Salisbury’s nomination. That’s sportscaster Lindsey Nelson in the back, wearing a golf sweater, and that appears to be Earl Ruth, standing second from the right. Salisbury was among 22 finalists in Miami that year and ended up being chosen as one of the nine All-America Cities in 1962 by Look Magazine and the National Municipal League. Salisbury is trying to be chosen an All-America City again this year, and the Chamber of Commerce is playing a significant role in the process.