Embrace the heart of ‘Lucy Barton’ 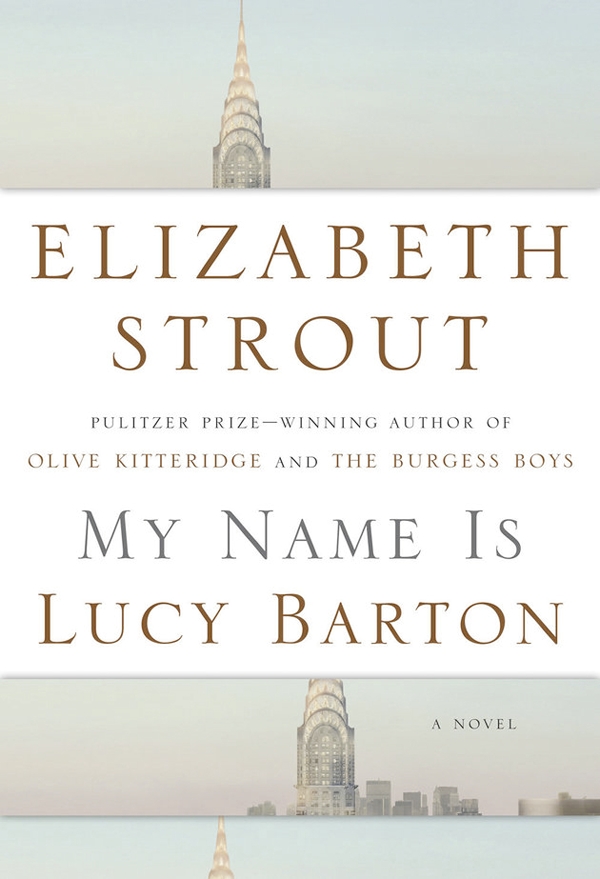 Elizabeth Strout has a way of humanizing difficult characters, as she does in her newest book, 'My Name is Lucy Barton.'

There’s something exquisite in the pages of “My Name is Lucy Barton.” Elizabeth Strout’s writing is deeply emotional, brimming with layers of meaning. She creates a fraught atmosphere, one full of love and sadness.

Lucy Barton is a young mother and writer whose appendectomy has lead to a serious, hard-to-find infection. Hospitalized for weeks of treatment, she’s separated from her beloved daughters and her husband, William.

He rarely comes to see her, since he’s working and taking care of the family, and the girls are allowed even less frequently, so Lucy spends most of her time alone.

Until one day her mother shows up in the room, having taken her first flight ever. Lucy’s family is highly dysfunctional. She grew up in poverty and fear, her father an alcoholic. They lived in an unheated garage with only a trickle of cold water in a makeshift sink for years, until the uncle who owns the attached house dies, and they move in there, still in poor condition. Lucy, her brother and sister were often hungry, surviving on molasses and bread for weeks at a time.

Lucy got out because she made good grades and got a college scholarship. Her brother is still there, sleeping with pigs about to be slaughtered and reading juvenile books. Her sister is unhappily married and stuck.

Years pass without communication among the family. Until her estranged mother appears at the end of the bed, saying “Hi, Wizzle.”

“Her being there, using my pet name, which I had not heard in ages, made me feel warm and liquid-filled, as though all my tension had been a solid thing and now was not.”

Lucy, we learn gradually, was neglected and abused, being left in a locked pickup for hours, day after day. Her mother is a seamstress.

Lucy survives because some people are kind to her. A janitor lets her stay at school until he has to lock the doors so she’ll have a warm place to read and do her homework. Teachers give her books. She meets William, who will be her husband at college, though no one in her family attends the wedding.

Strange conversations pass in that hospital room. Lucy asks her mother about people they knew at home. She wants her mother to keep talking, and the talking is a journey for both of them, her mother remembering things from her own childhood.

Still, much is unspoken. When Lucy says, “Mommy, do you love me?” her mother calls her a silly girl, but never says the words. Lucy hangs on every word her mother utters, and they are few, realms of unresolved feelings hanging about them.

Lucy turns to see the Chrysler building illuminated outside her window. At times, she wishes she could talk about herself, what her life is like, but the merest mention that she’s published two stories earns silence. Lucy says, “’Just dumb ones,’ I said, ‘in tiny magazines.’”

This is a woman who loves her mother, and a mother who loves and is proud of her daughter, but cannot express it. She flees from any emotion.

The other influence on Lucy’s life is a writer, Sarah Payne, who seems equally reluctant to express her feelings. When Lucy attends a workshop, she notices how exhausted Sarah is from teaching, how drained. But Sarah tells Lucy what she needs to know. “You will have only one story. You’ll write your one story many ways. Don’t ever worry about story. You have only one.”

This book is Lucy’s story, her one, true story, and we can infer from Strout’s book that Lucy knows that, and watches it play out for five days in the hospital room.

Yet, uplifting. Lucy comes to know herself better by the end of this novel. She learns what she wants, what things to keep and what to give up.

When Strout wrote of the prickly and downright unlikeable Olive Kitteridge, she gave her very human flaws to give readers a chance to understand why the woman was so unhappy and controlling. By the end of that collection of interwoven stories, Olive earns some sympathy because Strout is that good.

In “Lucy Barton,” a woman begins to realize what her childhood was really like, and why she can’t shake unhappiness. She also learns to love and respect herself, to fly with the wings she’s given and enjoy the air.

Strout brings us into Lucy’s world, Lucy’s mind, her heart.

What a wonderful place to be.