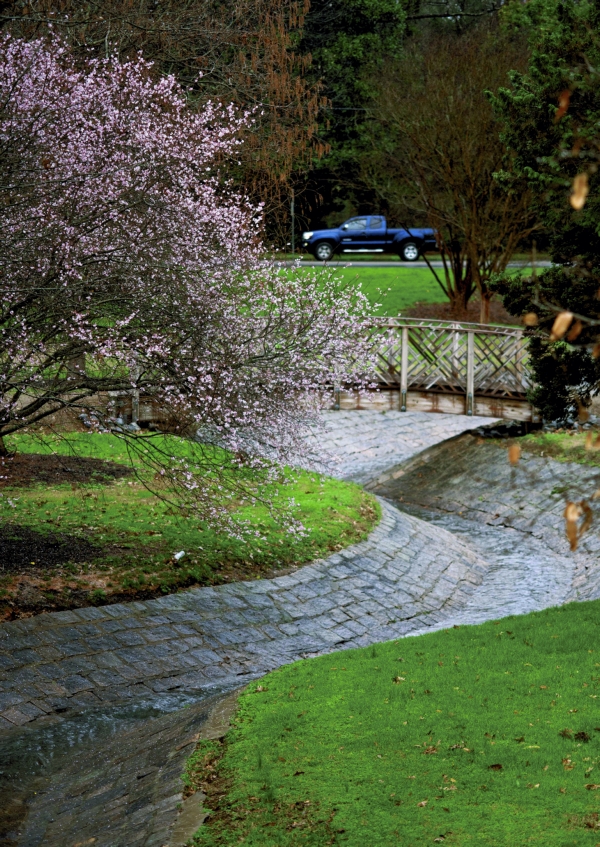 The blooms on a cherry tree near Hurley Park in Salisbury show off their spring colors. Jon C. Lakey/Salisbury Post

Have you ever seen a bunch of crabs in a basket?

Crabs can be piled in a basket high enough to climb out if they worked at it together. But they seldom escape.

Instead, they hunker down, twitch their antennae and occasionally snap their sharp claws in self-defense.

The imagery works in Simon Anholt’s book, “Competitive Strategy: The New Brand Management for Nations, Cities and Regions.” Some communities are like crabs in a basket, Anholt suggests, too busy snapping at each other to work together and climb out of their basket — or rut.

The British book seemed worth looking up after Steve Chandler referred to it several months ago. His company, Chandler Thinks, has been contracted to develop a rebranding campaign for Rowan County.

To understand the process, it helps to consider this book. Sometimes seeing the obvious spelled out in black and white helps affirm our best hunches.

For example, we’ve known for some time that local boards’ habit of working at cross-purposes — snapping at and second-guessing each other — has been holding Rowan down.

The Convention and Visitors Bureau is to pay for the rebranding through occupancy taxes paid by visitors to local hotels.

“But the comparison is still a useful one, because in both cases the image has a profound impact on the fortunes of the ‘owner,’ and people’s perceptions may have greater consequences than reality.”

Chandler presented survey findings recently about Rowan’s image, which he said was more positive among outsiders than residents realized. “Stop beating up on yourself,” he said.

According to Anholt, the brand for a place develops through six channels or, for illustrative purposes, points of a hexagon — brands, policy, investment, culture, people, tourism. He talks about “country,” but his theories could apply to a county too.

“The basic theory behind Competitive Identity is that when governments have a good, clear, believable and positive idea of what their country profile really is, what it stands for and where it’s going, and manage to coordinate the actions, investments, policies and communications of all six points of the hexagon so that they prove and reinforce this idea, then they stand a good chance of building and maintaining a competitive national identity both internally and externally.”

Rowan County leaders are trying to develop to a more progressive image to foster entrepreneurship and attract new investors. They are looking for an aspirational brand more aligned with what we want to be than where we have been.

Anholt: “People only change their minds about places if the people and the organizations in those places start to change the things they make and do, or the way they behave. …

“Competitive identity is about government, companies and people learning to channel their behavior in a common direction that’s positive and productive for the country’s reputation, so they can start to earn the reputation they need and deserve.”

Those perceptions are driven by the things that are done and made here, by how others talk about us and the way the community talks about itself, Anholt says.

“What really makes a difference is when a critical mas of the businesses and organizations in a country becomes dedicated to the development of new things: new ideas, new policies, new laws, new products and services, new businesses, new buildings, new art, new science, new intellectual property; and when those innovations seem to be proving a few simple truths about the place they all come from, the reputation starts to move. The place produces a buzz, people start to pay attention, and prepare themselves to change their minds.”

Interestingly, Anholt plays down marketing. He believes “the money is usually better spent on genuine improvements to the place which will also have a more powerful, more credible and longer-lasting effect on its reputation.”

Think of parks, schools, trails, infrastructure. When you talk about branding, many people think of logos and slogans. But earning a good brand for Rowan could involve much more.