Gina Barreca: Patty Duke spoke for a generation of girls 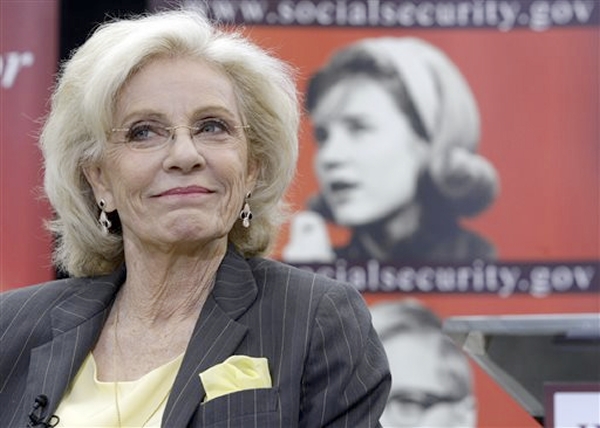 Academy and Emmy award-winning actress Patty Duke appears during a news conference at the Paley Center for Media in Beverly Hills, Calif., in 2010. She died Tuesday.

Patty Duke’s death Tuesday (at the too early age of 69) robs us of not only one of my generation’s great performers, but leaves us bereft with a sense of grief for our girlhood.

Times weren’t necessarily easier then _ they certainly weren’t easy for Duke whose triumphs and desperate moments we followed in tabloids and legitimate papers _ but she is one of those public figures on screen and off with whom many of us felt a lifelong connection. To say I feel a sense of personal grief is not an exaggeration.

Duke won an Oscar in 1962 at 16, playing Helen Keller in “The Miracle Worker.” She originated her role on Broadway before receiving Hollywood acclaim. But it wasn’t Patty Duke in “The Miracle Worker” who captured my imagination; nor was it Duke’s cataclysmic performance as Neely O’Hara in 1967’s “Valley of the Dolls,” although that certainly mesmerized me.

No, the Patty Duke I idolized is the one I knew from “The Patty Duke Show,” a popular television sitcom on ABC from 1963 to 1966 during my wonder years. Duke played identical cousins, Patty and Cathy.

Cathy grew up in England and had a posh accent and fancy tastes. Patty had “only seen the sights a girl could see from Brooklyn Heights,” according to the show’s theme song. Patty chewed gum incessantly and could be counted on to mess up at least once during every program. Cathy wore her hair in a pageboy. Patty wore hers in a flip. This is how you could tell them apart. Cathy also had a much kinder, gentler look, whereas Patty looked ready to make a wisecrack and laugh out loud. Patty enjoyed loud, raucous rock ‘n’ roll music.

Cathy was the good girl, Patty was the bad girl, and “The Patty Duke Show” illustrated perfectly the divide between the two.

The show was a favorite in my crowd, and not only because many of us, like Patty, had only seen the sights from Brooklyn Heights. We were neither good nor bad but a mixture of both.

Maybe we were more Patty than Cathy _ after all, as the song said, Patty liked “to rock ‘n’ roll and a hot dog make her lose control.” Cathy, however, preferred “a minuet, The Ballet Russes, and crepes suzette” _ and we had no idea what any of those things were. But we tried to behave more like Cathy because we knew that she was more feminine and therefore more desirable. If we acted out the show in somebody’s garage, there was always a fight over who got stuck playing Patty. Playing Patty was almost as bad as having to play one of the boys. So why did we like the program? Why did we watch the reruns?

We know traditional heroes can be both brave and cowardly or mean and melting, because a hero is hardly a hero if he doesn’t have some vulnerability. But women are not allowed to have another side. We’re supposed to be all good girl, all the time. Heroines, unlike heroes, are not allowed to show any emotional cleavage.

Thinking back, Patty didn’t really behave that badly _ she came home late, but she never got pregnant. She was, nevertheless, as close as mid 1960s television could get to the bad girl. She was loud, uncouth and she expressed her emotions openly. Cathy could be counted on not to laugh at the wrong moments, because the good girl never lost control, not over a hot dog, not over anything.

Why did we love “The Patty Duke Show”? Maybe it’s why we also loved Patty Duke: sometimes she behaved badly and self-destructively and sometimes she was she was magnificent and admirable. She was, after all, two halves of the same woman, good and bad, just like all of us.

Gina Barreca is an English professor at the University of Connecticut and the author of “If You Lean In, Will Men Just Look Down Your Blouse?” and eight other books. She can be reached at www.ginabarreca.com.