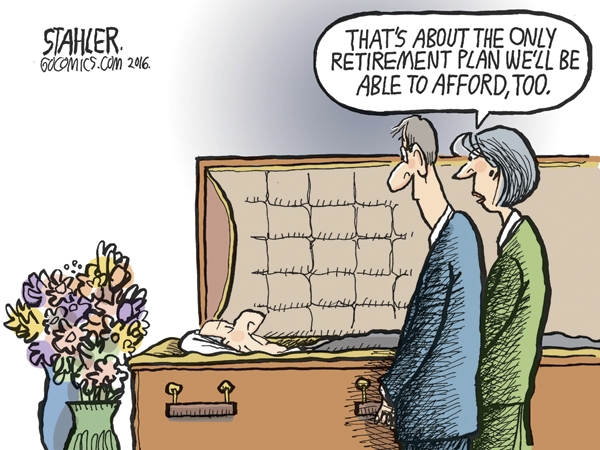 Go, Dyke Messinger! We are so blessed to have leaders like you in our community.

What strikes me is that state legislators feel they have the right to override elected officials from our cities and towns. It’s that attitude, “We know what’s best for you.” And, of course, always playing upon the fear of what might happen.

I believe this is also a case of “elected officials from our cities” overriding the will of the people. The Charlotte City Council didn’t have the guts to make their ridiculous law a public referendum, because it would have been shot down by a greater percentage, even in liberal Charlotte, than that by which the marriage protection amendment was passed statewide. Now they’ll go to court to further override the will of their citizens.

Well, if my granddaughter or any other young lady is protected by this bill then I’m sorry to say the hell with your rights. Who protects my granddaughter when this pervert dresses like a female so he can legally go into the lady’s restroom? If businesses don’t agree with this bill then they should build a third restroom for other folks that find it necessary to enter a bathroom based on how they feel that day.

There are so many very easy ways to get a cheap thrill for free via the Internet, I can’t imagine any man feeling the need to go out publicly wearing a dress and stalk the women’s restroom for the chance to follow some poor unsuspecting girl into a restroom. If you look at facts, it is far more likely for that same unsuspecting girl to be assaulted by someone she knows and trusts.

If you “can’t imagine any man feeling the need to go out publicly wearing a dress and stalk the women’s restroom for the chance to follow some poor unsuspecting girl into a restroom,” then you aren’t living in the real world. You can look at a picture of a cheeseburger on the Internet too, but it’s not the same as having it in your hands.

… I have no “fear” of LGBT individuals. The issue lies in those that would use this ruling to satisfy their warped minds.

I am one of those masculine-looking women. I was born a woman and am a woman. I have in the past already been ridiculed and taunted and had strange looks directed at me for using the women’s restroom. With the implementation of HB2, I may have to further defend me being in the women’s restroom. Maybe I should have my birth certificate enlarged and wear it on my back.

I’m in the same position and agree with you 100 percent!

Unless you set up genitalia checks at restroom doors, this overreach of state government does nothing but take away local power. Gender can be changed on a birth certificate. Children have always been vulnerable in restrooms, especially boys in men’s rooms. The solution is not to pretend that LGBT people are the ones committing assault in restrooms and take away any dignity they have gained.

Conservatism no longer fights for less government intrusion; it now seeks to micromanage behaviors deemed sinful. All these shifts in power will come back to haunt us all one day. Conservatives are fulfilling the destiny they say they are pushing against.

… Can I just choose ‘none of the above?’

If I wanted a conservative majority on the Supreme Court, I still wouldn’t vote for Trump. With his wacky stances over the years, there’s no telling what kind of person he’d nominate!

Mr. Bedinger, it’s a pleasure to read a great letter from Winston-Salem, my home town. You hit the nail squarely. The response you got from our local contrarian will illustrate for you why my present county, Rowan, does not grow, overall. South Rowan is booming, but the self-absorbed Salisbury stagnates. It has become a mini-Detroit, a Charlotte Lite. Please keep us in your prayers.

I wanted to note that the supposed ACLU quote is probably not a real quote, but rather some tripe ratcheting about the interwebs. Its given date is usually in the 1920s, not the 1980s.

…Quotes in question: “The Constitution as originally conceived was deeply flawed.” “The ACLU was the missing ingredient that made our constitutional system finally work.”

Forsyth County allows all sorts of groups to offer invocations at the start of meetings. They even allow non religious Free Thinkers.

I agree — let Hillary nominate the next Supreme Court member. See how you like that. As far as adding regulations to small business, how about that new labor tax they have to collect for the state? It causes them much bookkeeping costs and is another tax increase foisted upon us by that “tax cutting” GOP. Anybody that thinks the N.C. legislature has lowered your taxes is a fool. And that’s the way the GOP likes them.

Steve Safrit and Matthew Marsh are absolutely awesome. Not only do they have the best facility in town; they have the best rapport with their members. The Forum, meets you where you are in an attempt to get measurable results. I am grateful to call myself a member of a great establishment.

… A look behind the High Rise walls

Enjoyed this very informative article. Would have liked to have seen more photos of the facility.

Notice there is nothing in this article about the guards, the officers who put their lives on the line every day. … Imagine being put unarmed, into a gym with 120 people that hate you because of something they did to land them there. Imagine any number of those inmates carrying a shank made of a toothbrush or plastic fork sharpened to a deadly point. Imagine the worry and apprehension of this officer’s family when he goes to work with the chance of not coming home.

Correctional officers deserve respect and recognition, neither of which this article gives.

… Thousands of courthouse files to be moved for asbestos work

This is a good thing. Probation and parole offices used to be down there, and I complained to the county about this situation back in 1988. Scores have been exposed. There are old steam pipes in there as well, overhead, and these should also be checked for asbestos and abated to prevent us from having to do this all over later.

Unbelievable. Speaking as someone who has analyzed marketing research for more than 30 years, I can say without hesitation that this is a bunch of bunk! Focus group and survey results are easily manipulated to look good in a Power Point. They say what “Chandler Thinks” and the Tourism Authority wants them to say.

I suspect that the “41 stakeholders” didn’t include anyone with the propensity to bring jobs or room-nights to the area. RoCo’s image problem is not a matter of low self-worth. It’s a reality. The only research you need is to drive through neighboring counties and you see copious amounts of new construction (not retail). …

Here’s a brand truth for you: “This week another plant closed in Rowan County, resulting in the loss of 123 jobs.” Time to hold someone — anyone — accountable.

All of this rebranding report is suspect! … Why did they choose an agency from Tennessee when N.C. has the best universities and businesses that could have assisted with this alleged study?… Who was the sampling taken from in each city or township? … What was the brand before this supposed “rebranding”? … What did this consultant offer that would differentiate Rowan from other small towns? … How can you brand anything if it is not consistent, focused or clearly defined?

I do like the rural feel, but industry wants to go where people feel a little more positive about themselves. With all the things we have going for ourselves, our attitude must change.

Rowan being the “donut hole” is the result of past leadership, and the cadre of those who want to continue to see Rowan be the Rip Van Winkle County in the old Rip Van Winkle State. The problem is that the spending choices (and lack thereof) these “leaders” have made have painted us into corners that will make spending wisely to attract business (countywide water and sewer) too expensive for us to now afford.

When you take a close look at the 28039, 28144, and 28159 ZIP codes, it’s easy to see the underlying problems that cannot be just talked away with a clever brand strategy. 28039 demonstrates 72 percent of the county’s poverty; more than 495 of its households are 200 percent below the federal guidelines for poverty; the school system is a complete failure, and jobs are leaving in mass.

Justin has ruined it for the next director. The bar has been set very high. He has done an over-the-top job at Lee Street and has contributed enormously to the community in many ways. Knowing that he would eventually move up and on is of little consolation. Best to you and your wife.

Congratulations, Justin. You are a rock star.

Best of luck and thanks for all you’ve done to make Salisbury better.

… Traffic around flea market a hazard

If they are parked on the road, call Highway Patrol. Those No Parking signs were put up for a reason. Several of us in the neighborhood complained first to the flea market and then to DOT about that very thing. The flea market first put up signs telling them not to park on the road, and later DOT put up the signs. What is really needed is a traffic light at Webb and Leach Roads.

“I had a taste of being able to make an impact; I was very lucky to experience that here and... read more