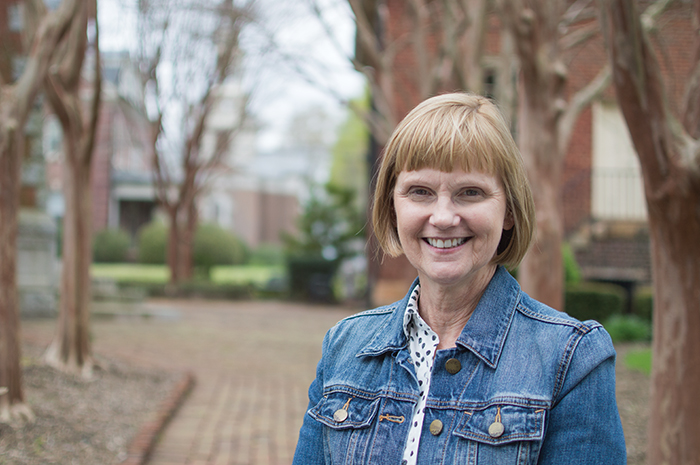 “It’s all about being available to the people you serve,” Feather said.

She referred to this year’s Rowan County Republican Convention as an instance where she felt put off by politicians. At the event, politicians running for office spoke briefly and left without staying to speak individually with attendees, she said.

“There was no interaction,” she said. “The folks that were there came in and they left … They were just there to drop in and say ‘this is who I am and what I want to do.'”

Feather, 59, cited the county convention experience when asked why she decided to run as a Republican for the newly redrawn 13th Congressional District. She said politicians “should be genuinely grateful” for a chance to hear constituent concerns and ideas. One-on-one conversations give elected officials “a true perspective of what the needs of the people are,” she said.

Feather, whose husband Bill is the Mayor of Granite Quarry, works at a Charlotte hospital in the mother, baby, labor and delivery department. She has an associate’s degree from the Cabarrus College of Health and Sciences and uses her work experiences as a basis for many of her opinions about federal policy. She has worked in the healthcare industry for more than 20 years.

She is opposed to a total repeal of the Affordable Care Act. She said all people deserve a basic level of healthcare. Instead, Feather said the Affordable Care Act should be re-written. She said many patients she encounters in her work aren’t able to receive the level of care they deserve. She’s opposed to Medicaid expansion, but favors increases in certain areas such as infant care.

She talked extensively about health and women’s rights issues. Many mothers, she said, don’t receive a proper amount of family leave. Some are required to return to work before he or she is fully recovered. She initially said businesses should provide nine weeks of leave for new mothers and fathers. She then said 9 weeks might be too many.

Although she wouldn’t have authority over matters of state or local government in Congress, Feather said the Charlotte City Council shouldn’t have passed its controversial bathroom provision as part of a nondiscrimination ordinance.

States should have more authority over education matters such as curriculum, she said. However, Feather said the U.S. Department of Education shouldn’t be eliminated.

“Because we live in this state, our citizens know the needs,” she said.

Feather also said she supports government raising a more significant portion of its revenue through sales tax rather than income tax. She called income tax an “involuntary tax” and sales tax “voluntary taxes.” With a heavier emphasis on sales tax, people are able to save money or pay taxes when they need to make a purchase.

In the June 7 Republican primary for the 13th Congressional District, Feather will face 16 others. There’s no runoff. Whoever receives the largest portion of the vote will advance to November’s general election.

Five Democrats are running for the 13th District, which includes parts of Rowan, Iredell and Guilford counties. It also includes all of Davie and Davidson counties.