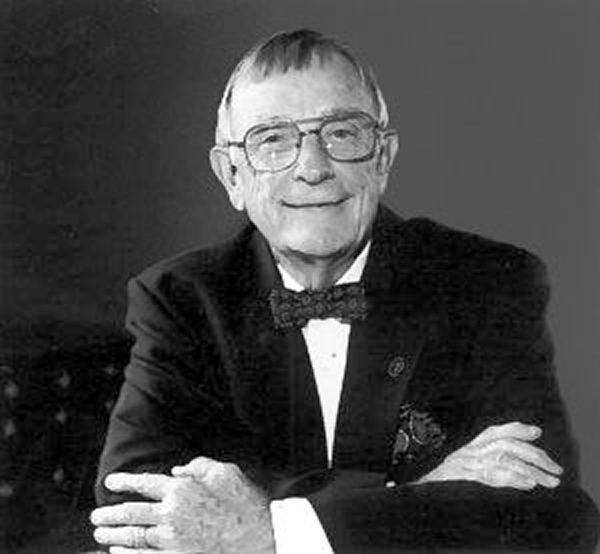 All members and prospective members are invited to attend the reception beginning at 6 p.m. The reception will be followed at 7 p.m. by a brief business meeting.

Historic Salisbury Foundation’s highest award, The Clement Cup, will be presented to C.B. “Bud” Mickle Jr. for his years of dedication to the organization.

Wallenborn will regale the audience with tales of the times and lives of Salisbury and its notable citizens in his talk entitled, “The Wallenborn Legacy.”

Many in Salisbury will remember the Wallenborn family and its numerous contributions throughout the community. Dr. Wallenborn’s family connections include members of the McKenzie, Caldwell, Sumner, Henderson, Hairston (Cooleemee), Fisher (Christian Reid), McKay, Ragland and Alexander families.

His mother, Elizabeth McKenzie, grew up in the McKenzie-Grimes House, built by her father and located directly across from the Hall House. This house was the first revolving fund project of Historic Salisbury Foundation.

Wallenborn’s family lived at 628 Mitchell Ave., a 2014 OctoberTour site. This impressive one-and-a-half story Colonial Revival home was built as a real estate venture around 1915 by W.M.E. McWhirter. The house is notable, among other reasons, for its granite exterior, added by the Wallenborn family in a nod to its granite business.

A well known-physician and historian, Wallenborn has been hailed as a “national treasure” for his scholarly research and works on Thomas Jefferson and Sallie Hemings; George Washington’s final illness; and Marshal Ney.

Wallenborn graduated from the University of North Carolina at Chapel Hill in 1951, the University of Virginia Medical School in 1955 and the U.S. Air Force School of Aviation Medicine in 1957. He served as clinical professor at the UVA School of Medicine from 1961 until his retirement in 1994.

Wallenborn also served on the National Board of the Boy Scouts, is an Eagle Scout and received the Silver Beaver Award. He served for 33 years on the board of Martha Jefferson Hospital, is a former historical interpreter at Monticello and is treasurer of the Thomas Jefferson Heritage Society.

Anyone interested in Historic Salisbury Foundation may contact the HSF office at 704-636-0103 or office@historicsalisbury.org. It receives no tax money for operations, and all donations are tax-deductible to the fullest extent of the law.