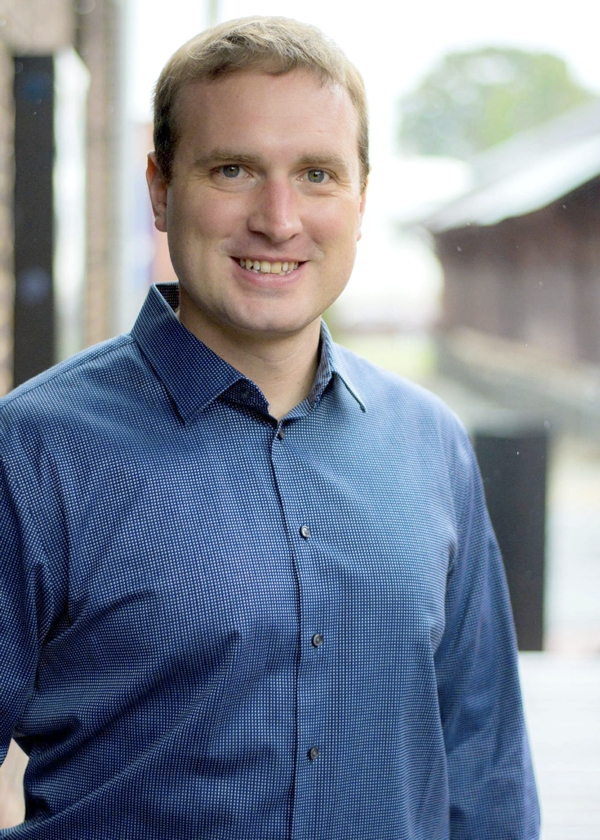 “It had been on the radar for a while and this fall Rachel and I discussed it and thought it was a great time,” Dionne said. “If things end up the way it should, if grad school goes well, I’ll be 35 when I graduate.”

Dionne said he and his wife debated for a long time, and he really wants to get his master of fine arts degree in theatre management.

“Florida State has a great theatre program; their undergrad program is in the top five in the nation,” he said. The MFA in theatre management is well known in the field.

Jim Epperson, a retired Catawba College professor who taught Dionne, got his doctorate from Florida State. Catawba graduate Chris Watson went there for the music end of arts and administration. He lives there now and works at the school of music in admissions.

“It’s a great program, and has a 100 percent employment rate, which is great. Also, out of several schools we looked at and interviewed at, it was the one, for me, where you could tell the students were happy. They were glad they were there.

“They push you and they’re going to push you. That’s what I need.”

Dionne said all the schools asked him why he wanted to go to graduate school when he was already running a theatre. “That’s a fair question. It comes down to I absolutely love Salisbury, Rachel and I love it here; I was born and raised here and spent 20 of 31 years here. Lee Street is amazing and is going to keep moving forward and needs to do that without me.”

Dionne wants to end up in a little bigger market, at a bigger regional theatre or working for a presenting organization like the Blumenthal.

“I had a taste of being able to make an impact; I was very lucky to experience that here and now that I tasted it I want to continue and push that farther, make an impact on the world, on theatre.”

John Brincefield, board chairman of Lee Street, is circumspect. “I’m somewhat disappointed, but I understand that Justin wants to pursue his master’s. He’s been the driving force behind our initial success, his energy and enthusiasm, and we’re going to miss him. Maybe it’s the right time, who knows?”

The board has known since October that Dionne was looking at different schools. He says he’s been very open and honest.

“This was part of the strategic plan when I came to Lee Street, knowing I was not going to end here,” Dionne said.

“It’s important, too, in the life of the company that you have new leadership and have executive changeover that way,” Dionne said. He feels like he’s been a major part of the group and that he can now say, “OK it’s your company, not in mean way, but let’s go and let what we have built now stand. It needs some new energy and ideas.”

The search for a replacement will start in the next two weeks. Dionne is writing the job description, but both he and Brincefield say the structure will change a little bit.

“We had talked about changing the structure,” Brincefield says. “We do so much stuff, concerts, etc.; about 30 performances a year. We want to analyze what fits in our mission statement and plan; work more with Center for Faith & the Arts. We want to do the thought-provoking shows, like ‘The Parchman Hour.’ …  We’re growing, we’ve got a great a reputation. We were all saddened and shocked when Justin made his announcement.

“If I had my druthers, I wish he wouldn’t leave, but we’ll make the best of it.” Brincefield says he hopes to have someone new by July 1, so Dionne can help that person learn about Lee Street. Dionne will leave July 31.

The musical “The Last Five Years” will be Dionne’s last hurrah performing at Lee Street. It’s a two-person musical and when the theatre’s play committee agreed to do it, “I said this is the one play I will call dibs for,” Dionne said. “I told the director I would sing for him and if he wanted someone else, that was OK.” Dionne is in.

Florida State only takes three people a year for Dionne’s program. “I’m  really honored and excited, for someone who wasn’t a good student,” he says with a laugh.

He never took a management class at Catawba. “All this is on-the-job training and I had a lot of help from a lot of great people around here, plus being on the board of the North Carolina Theatre Conference, and learning from them.” He’s also been on local boards, and says he learned a lot from that.

“Grad school will give me the opportunity to actually learn it. I’m going to shine that piece of coal, see if anything is underneath.”