Bowden selected as NCWBA National Hitter of the Week 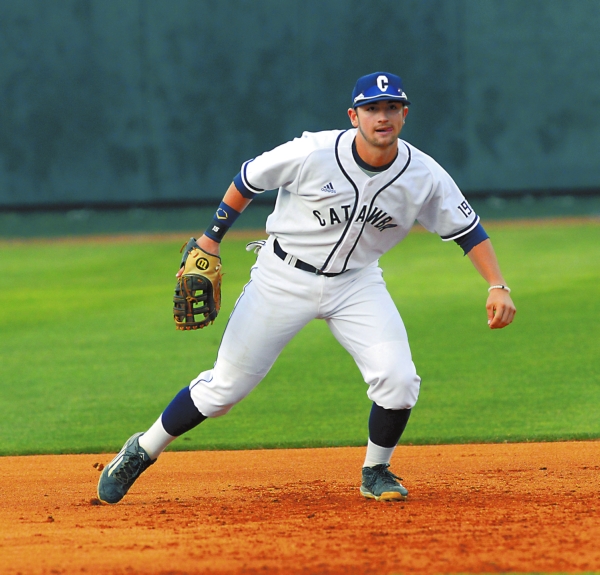 Bowden, of Salisbury, posted 13 hits, including nine doubles, and nine RBI to lead Catawba to a 5-0 record last week, including a series sweep over Mars Hill. He posted multiple hits in every game he played, including a school-record four doubles against the Lions in game one of the doubleheader last Saturday.

Bowden drove in multiple runs in three contests and finished the five-game span with a slugging percentage of 1.042. For the week, Bowden batted .542 with an on-base percentage of .556 to go along with nine runs scored.

Stagani, of Richmond, Ohio, threw a one-hit shutout (9.0 IP) in 2-0 win over West Virginia Wesleyan, with 14 strikeouts and no walks. He faced 29 batters in the game, retiring the first 19 batters he faced and yielded the lone hit in the top of the seventh inning.

Founded in 1962, the NCBWA is dedicated to the advancement of college baseball. Membership is open to writers, broadcasters and publicists of the sport. Members receive a membership card, directory, newsletter updates and official votes in the Howser Award Player of the Year, Regional Player of the Year and NCBWA All-America voting. The NCBWA also sponsors preseason All-America awards, publication and writing contests.