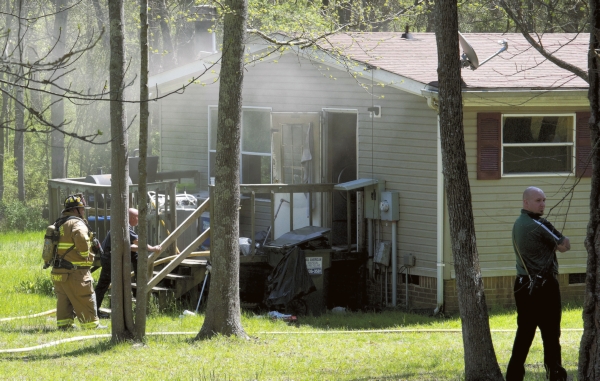 Fire officials say a 14-year-old girl’s lunch led to a Wednesday afternoon kitchen fire at a mobile home on Grants Creek Road. Fire crews were able to contain the fire to the kitchen and laundry room, which had heavy smoke and fire damage.

The teen began cooking noodles, went outside to talk on the phone and forgot about the food, said Locke Fire Chief Rusty Alexander.

Alexander said the girl called her mother and then 911. Fire crews used about 250 gallons of water to douse the flames, which reached into the attic. Firefighters had to cut a hole in the ceiling to make sure the fire in the attic was extinguished.

The home, located at 415 Grants Creek Road, is inhabitable and the Hanford Dole Chapter of the American Red Cross is assisting the family. Alexander said the mother, her 14-year-old daughter and 6-year-old daughter were displaced.