In bid for 13th District, Walser hopes to change tone of GOP rhetoric 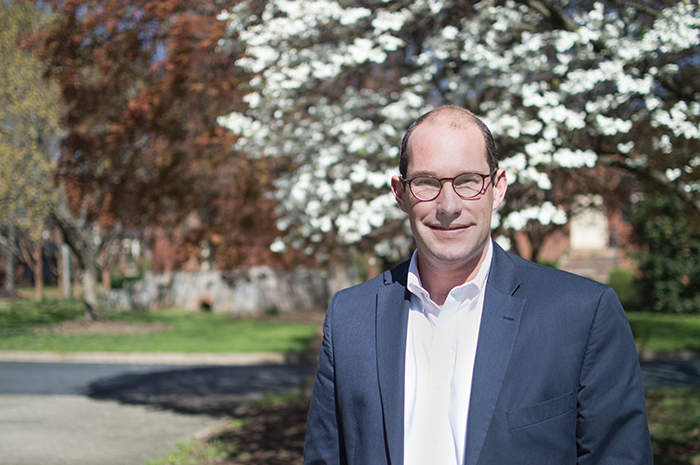 In a crowded congressional field of 17 Republicans, Salisbury resident Jason Walser is betting on pragmatism.

Walser on Friday filed to run as a Republican for the newly redrawn 13th Congressional District, which includes parts of Rowan, Iredell and Guilford counties. The district includes all of Davidson and Davie County. When filing closed on Friday, Walser was one of 22 total candidates — 17 Republicans and 5 Democrats — who filed for the 13th District. He is also one of three Rowan residents who have filed for the spot.

With a number of competitors, Walser stressed that he would be “a level-headed, pragmatic candidate.”

Walser, 44, is currently a consultant for the Blanche and Julian Robertson Family Foundation in Salisbury. For the previous 16 years, he worked for the LandTrust for Central North Carolina. Most of his 16 years were as the organization’s executive director.

He has a bachelor’s degree in business administration and a law degree from the University of North Carolina at Chapel Hill.

When asked why he’s running for the 13th District in 2016 — his first bid for elected office — Walser said he has worked and lived most of his life in areas contained by the district’s boundaries, which were recently redrawn by state legislators to comply with a federal court order. Walser graduated from Statesville High School, has family in adjacent counties and spent years working for residents of the new 13th District as the director of the LandTrust for Central North Carolina.

His familiarity with the 13th District, however, wasn’t enough to tip the scales into a congressional bid. Walser mentioned political rhetoric during presidential debates and the controversial House Bill 2 as other reasons. House Bill 2, which involved legislators called to a special session of the N.C. General Assembly, repealed a nondiscrimination ordinance in Charlotte and supersedes other local measures such as minimum wage increases. It’s not an issue Walser would have authority over in Congress, but he questioned the rhetoric and tone used to argue for the bill.

“I thought it was not a well-advised, conservative decision to call the special session,” Walser said. “My conservative roots are: don’t waste money and, if you’re going to do it, make a difference. The General Assembly’s override of Charlotte’s ordinance doesn’t seem to actually change anything on the ground.”

House Bill 2 is unenforceable unless police officers are stationed at the front door to bathrooms to check gender identity, according to Walser.

Walser said he supports conservation efforts such as the Land and Water Conservation Fund, which provides money to help purchase land, water and wetlands “for the benefit of all Americans.”

On national security, he said America’s leaders should deal with extremist, terrorist groups but “not be extremist themselves.” Walser said public officials shouldn’t denigrate the millions of Muslims who live in America.

“(Muslim Americans) are going to be the most important solution to dealing with extremists on either side,” he said. “To defeat Islamic terrorism, we are going to have to have our Muslim brothers and sisters helping us out.”

Walser said national security is a separate issue from immigration, but they’re related. America needs to secure its borders and know who’s coming in, he said. Walser added that former President George W. Bush offered immigration proposals in the early 2000s that were never seriously considered by Congress.

“Every year it goes by is another that it doesn’t get fixed,” he said.

Walser says the Affordable Care Act has negatively affected Americans. Congress shouldn’t vote to repeal the measure until it has a reasonable solution, he said.

Party primaries for North Carolina’s U.S. House seats will be June 7. The person who receives the largest percentage of the vote will advance to the general election. No runoff is scheduled.