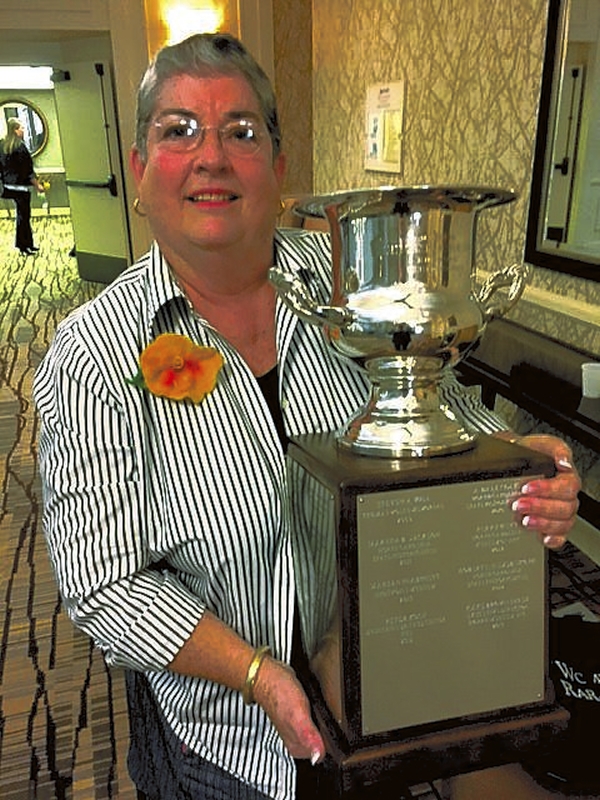 Submitted photo The name of Rowan Museum Executive Director Kaye Brown Hirst will go on permanent display as a recipient of the Professional Service Award from the North Carolina Museum Council.

This prestigious award came with a plaque, and Hirst’s name has been added to a trophy that is shared by all award recipients.  The award honors the recipient for his or her contributions to the museum field as a museum director.

Hirst’s starting salary was $20 a week in 1996, when she moved from the business world to take over the Rowan Museum.

Having a devout love of Rowan County history but no training in museum work, Hirst joined the North Carolina Museum Council and made many professional connections at annual meetings and workshops.

From there, she was able to transform the Rowan Museum into an award-winning institution and became a respected name among North Carolina museum directors.  One of her first major projects came when Rowan County offered the 1854 courthouse as a home for the Rowan Museum.

The move changed the scope of programs and services of the museum and gave the organization its third historic site.

Hirst was a board member of the state Museum Council for several terms, and she served on the Historic House Museums Affinity Group Board of the South Eastern Museums Conference.

The awards committee chairman, Jon Zachman, said he received many letters of support for Hirst from other state museum leaders and community leaders. He said Hirst touched many lives both professionally and personally during her 19 years as executive director of the Rowan Museum.