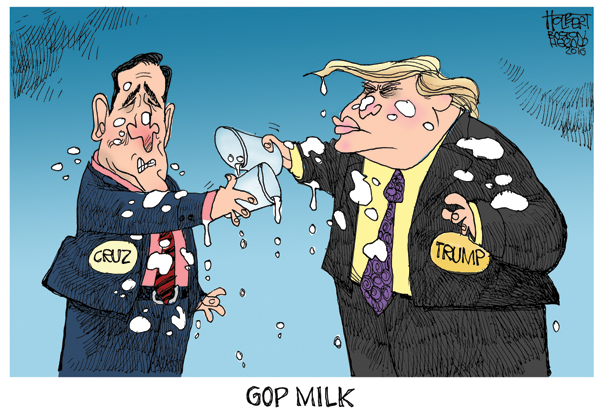 I’m coming to the conclusion Ted Cruz may be more dangerous than Donald Trump.

Trump talks big, but few of his nonsensical ideas will ever see the light of day. Mainly, because he has no real ideas. He just talks.

Senator Cruz, on the other hand, knows more about the inner workings of government than Trump ever will. And Cruz’ ideas are scary.

In the wake of the Brussels attacks Tuesday, he said we should have police surveillance of Muslim neighborhoods.

Forget the fact that Muslims are Americans, too, Ted. In fact, many are even more American than the Canadian-born Cruz.

Cruz, who might be able to force a brokered Republican convention this summer, wants police scouring the Muslim neighborhoods.

Trump doesn’t want Muslims allowed into the country, but that will never happen. Like most of Trump’s blathering, it is just talk.

But Cruz is a guy who would let the Bible run the country. He is a slick, oily televangelist-type who has little tolerance for anything other than white guys with guns.

Do you want Ted Cruz as your president, or Donald Trump? Some choice, huh?