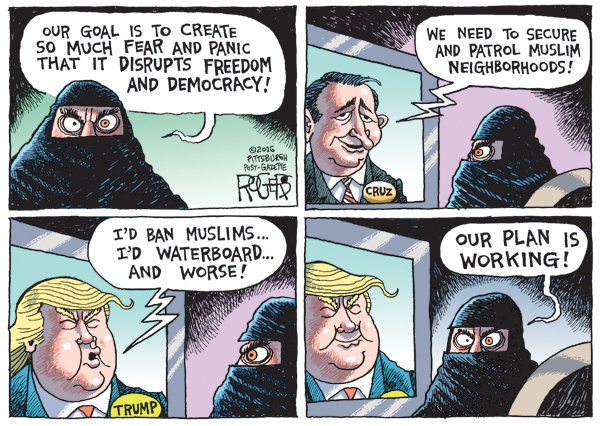 From a column by Carl P. Leubsdorf, former Washington bureau chief of the Dallas Morning News:

Three factors could bolster Trump. First, by a substantial margin, Americans think things are going in the wrong direction. That’s hardly a climate for Democrats to win a third consecutive White House term by stressing continuity.

Second is the legal cloud hanging over Clinton because of the Justice Department investigation of whether she mishandled classified information with her private email server. Some conservative news outlets predict an indictment, but columnist Ruth Marcus, who has a Harvard law degree, wrote a persuasive column on why charges against Clinton are unlikely.

None of us saw his emergence as a political force, and he has demonstrated political skill against an array of experienced Republicans. His simplistic vow to “Make American Great Again” has substantial appeal, though undercut by his rantings against Mexican and Muslims and his negative portrayal of the country.

In the end, a Trump-Clinton race might depend on whether enough voters are so upset with current conditions they would take a flyer on the inexperienced, mercurial Trump or whether normal voting patterns and respect for Clinton’s experience and stability carry the day.