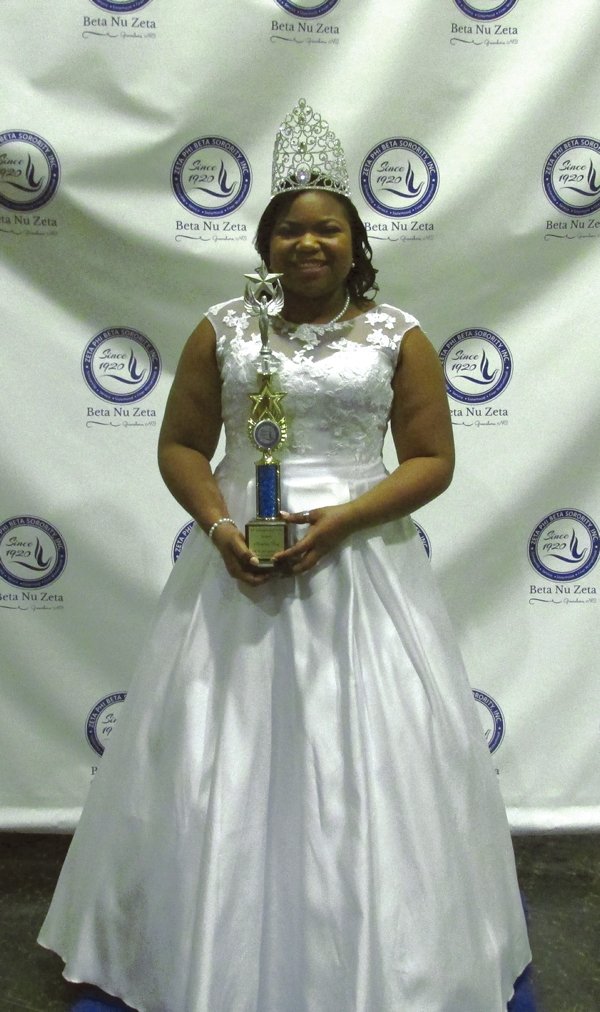 Alondra Key was crowned the 64th Debutante Ball Queen for the Beta Nu Zeta Chapter of Zeta Phi Beta Sorority Inc. in Greensboro on March 19, 2016. The Chapter celebrated its 64th Annual Debutante Ball and the keynote speaker was Mary Breaux Wright, the international president of the Zeta Phi Beta Sorority Inc. The theme of the ball was “Embracing the Essence of Excellence.”

Alondra is the daughter of Salisbury native Charles and Sylvia Key of Reidsville, and the granddaughter of Annie Ruth Key of Spencer and the late Charles Key Sr. of Mocksville. Alondra is an honor student at Rockingham County High School in Wentworth.

From 10 a.m. to 6 p.m., club members represented Lionism to the people of Salisbury. These donations to the NC Lions Foundation enable vision screenings, provide assistive services and technology, and provide exciting summer camp experiences for blind and visually impaired North Carolina residents. More than 200,000 children and adults in North Carolina have been screened by the Lion’s Mobile Screening Unit.

The club raised almost $1,250 to support Brighter Visions and internal donations from the club paid for the candy given out. This event is done twice a year and the Lions are very appreciative of Walmart and all the Walmart customers that gave so generously. One member said “It is one of the best times to be a Lion and get out to meet and talk to people. It means a lot to be able to tell the people of Salisbury what we do.”

The Salisbury Lion’s Club meets at Ryan’s Restaurant on Jake Alexander Blvd. every Wednesday at noon. Contact Jerry Austin at 704-279-5061 for more information.

AmVETS sponsor ‘Because We Care Night’

“Because We Care” Night, sponsored by AmVETS and its Auxiliary, will be held at 7 p.m. Friday, April 1 in the VA Medical  Center Social Room in Building 6. There will be hot dogs, chips, drinks and big bingo.

AmVETS (American Veterans) is a Veterans service organization, with volunteers providing more than 170,000  hours of service at VA medical centers across America in 2015.

Commander Jim Bean of AmVETS local Post 460 said, “‘Because We Care Day’ is our way of saying thanks for the service and sacrifices made by our Veterans to keep our country free.”

AmVETS has been a leader since 1944 in procuring earned entitlements and community services that enhance the quality of life for this nation’s Veterans.

‘Picnic in the Park’

Friends of the Symphony will host “Picnic in the Park” at the Hurley Park Gazebo on Thursday, April 7 at noon.

Bring your lunch and have a visit with David Hagy, Salisbury Symphony Orchestra conductor. Dessert will be provided.  Come rain or shine.

City of Salisbury hosts Trailblazing Together