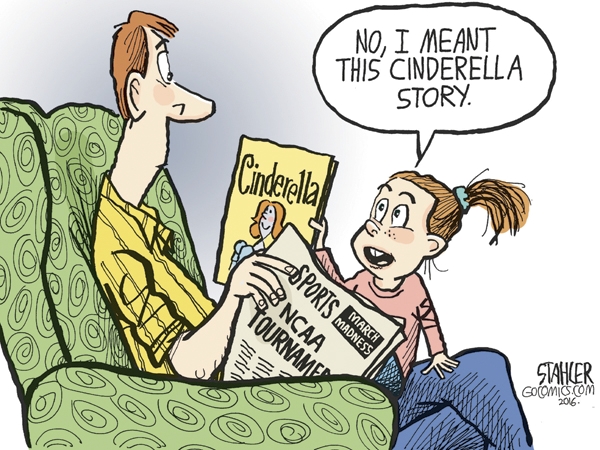 Whatever Pierce might think, the citizens of Salisbury are “true” citizens of Rowan County. Why this desire to de-legitimize, divide, and disenfranchise? We do not have district representation in this county. Pierce, like all commissioners, is morally obligated to respect and serve all citizens, whether he agrees with them or not. We should demand and expect no less from our elected officials.

Great job, Andrew. Even though you were emotional, as the Post stated, you along with every member of your campaign also showed great sportsmanship toward Harry Warren by congratulating him on his win. That is something that I am also proud of you for.

It was great to see you following your dreams. When you were only 10, you used to tell me “I am gonna be a president one day.” I would kinda of chuckle and say OK. You go!

What a fine man the Lord has given us in Ralph Ketner, for all he has done for Salisbury-
Rowan and the surrounding area. I do believe he is our “Lord Salisbury!” Best wishes, sir!

Mr. Ketner put Salisbury on the map. Without Food Lion, we would be a much smaller and poorer town.

I’ve had the pleasure of conversing with Mr. Ketner on various occasions and even the honor to sit down and have dinner with him. Having a one-on-one conversation with him, I noticed his intelligence, kindness and overall humbleness and decency as a person. At age 95, he is still sharp as a tack; he added up a list of 10 two-digit numbers that I randomly arranged faster than I could even start typing them into a calculator, and that was a few months ago!

What a great man. When I was an assistant at the DOVE Class at Salisbury High School with teacher Jacob Pace, we had a rally to raise money for our class a field trip to the beach. Mr. Ketner heard about it and donated a check to our class to go on the trip, and each year afterwards he would mail a check for our class to go on a trip. … He was a great inspiration for our kids with special needs.

Mr. Ketner has been a member of the Salisbury Elks for more than 60 years. He has been a positive influence in business, in education, in the community and to all who have known him. God bless.

A very kind man that supported me 40 years ago when I was in foster care. Thank you for you love and support. Godspeed to you, Mr. Ketner.

So does “separation of church and state” apply to Bishop Smith, or only to conservatives like Franklin Graham?

Separation of church and state maintains the church shall not rule the state. It does not limit the right of an individual or group to express themselves or their thoughts, beliefs or opinions.

The state may not establish a religion (for example, making Christianity the official religion of the country). The right of individuals and groups to express themselves is guaranteed by the Constitution.

I believe that Dietrich Bonhoeffer would warn us to not ignore a movement based on hatred and bigotry. And neither shall the state control the church, claiming as “Christian” a position that does not accurately reflect the teachings of Jesus.

I see a difference between stating a position with the goal of influencing society and elected government officials, and stating that the government should adopt laws that elevate the tenants of a specific religion.

We have seen, for example, pastors and others who spoke out at great personal risk to influence society in the direction of respecting all people regardless of religion, color, gender and country of origin. And eventually, elected officials agreed that this was a more humane position, and Christians saw that it was more in line with Biblical principles than historical positions. So people passed laws that reinforce these positions.

I am so proud of
Lenoir-Rhyne University and their staff and students! The high road is always a more pleasant path.

Thank you for including the work of the church in your article; many news sources overlooked how the Lutherans helped to keep the rally and protest peaceful.

My concern is “maybe” taxes wouldn’t go up and “maybe” Rowan County would get some of the money. Too many maybes for me. I am voting no.

I voted no because this is an election year tossing of a bone. The deterioration of the campuses has been happening for years. Building new buildings for what? Education at the primary, middle and high school levels needs attention.

What are they doing with all that N.C. Education Lottery money?

For those questioning where the lottery money is spent, the N.C. Education Lottery provides great details of this at the following link.

It will break it down county by county on how the money has been spent. None of the money is given to universities and colleges, other than to help support those applying for financial aid.

If yes, it’d be for the Guard. Our state and local government should have to tighten their belts, no different than anyone else. Why is it some people have to work so hard to have it taken and given to others by a government? Doesn’t seem right. I’m voting no.

Look at the details. It is a wish list that could easily be cut by 70 percent. It doesn’t immediately raise taxes, but eventually we have to pay the bond holders.

After the radicals attacked free speech, I am thinking maybe what we need is Mr. Trump. Black Lives Matter being angry is no big deal. Two hundred million fed-up citizens, now that is a big deal. We are going to end the attacks on morality, on American exceptionalism, on our police and on our churches.

Mr. Pitts often assigns attributes and characteristics to opposing ideologies that are more aptly suited to his own.

Even so, I was baffled by assertion No. 2, that less well-educated people are attracted to Trump. Could it be that Democrats are nervous about the possibility of losing part of their base? I can only surmise that Mr. Pitts does not concede that the Democrats benefit from undereducated voters much more than does Trump. Add to that the placing of blame for the sad state of public education on conservative school boards and it is a wonder he has any credibility at all.

Trump is a bonehead self-identifying as a serious presidential candidate. He appears to be the only one in our increasingly permissive culture who is not allowed to be what he identifies as. Strange days, indeed.

Brian Stallings would make as good a chief as we could find. He is doing a fantastic job now and I can’t imagine that we could find a better candidate.

Being local, familiar and convenient does not mean someone will be the best choice. Let’s let the city manager and human resources do their jobs. This is not an election; it’s a hire. New blood may be the solution here.

Dealing with endemic poverty begins … by not chasing it with a stick of blame and accusations and mistrust of the poor, but rather by establishing a safe place where the chronically poor can trust the help offered — trust that this is not a helping hand that thrusts the “help” at them and disappears out of sight when life in the neighborhood intervenes with yet another crisis born of deep poverty, but rather a hand that is there for support through teaching, listening and hearing. … So that the poor and the help may, together, devise a plan for a sustainable existence from which they might learn to stand proudly, then walk, then buy those boots with those bootstraps.

… Real life solutions are being developed all over Rowan County by grassroots groups who are best equipped to understand the pockets of deep poverty. However, these solutions of education, daycare, parent support, teen advocacy, tutoring, health care, transportation, moral and social support, family counseling, drug counseling and mentoring all need funding by the people who are fortunate enough to not be in these circumstances.

Until we as individuals can reach out, personally and directly, to the poor, we had best trust the people from the poor to know the poor, to communicate with the poor, to understand their needs and, above all, to understand what generational poverty really does to the soul. …

Is it possible for the average middle class person to really trust the poor? Or are we so invested in our “story” about the poor — their laziness, their stupidity, their poor morals, their lives of crime, their paucity of work ethic — that we must always decide what is best for them, regardless of what history shows us?

Frustration at the polls