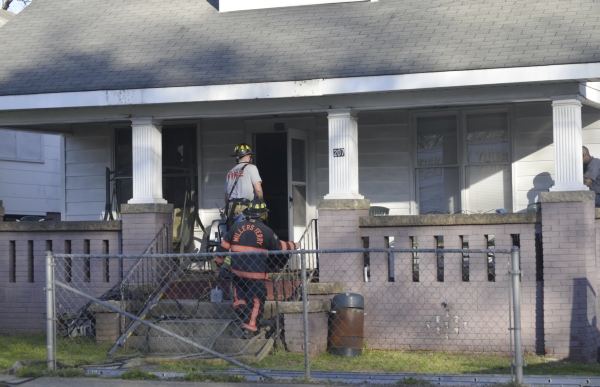 Firefighters go inside this East Spencer home after the resident, David Bush, said he saw and smelled smoke inside. He'd returned home, 207 N. Long St., to pick up paperwork when he discovered the smoke. Shavonne Walker/Salisbury Post

EAST SPENCER — David Bush says he was grateful that he made a pit stop at home before continuing on to work Friday morning because it might have saved his house.

He went home to 207 N. Long St., to get some paperwork when his son smelled smoke coming from a back bedroom. He checked the area and there was smoke in the attic area.

Bush didn’t see any fire, but called 911. He figured the smoke had to do with an electrical issue. He’s lived at the home for 18 months and said he was thinking about buying it.

Battalion Chief Chris Kepley said it could’ve been worse if Bush had not returned home when he did.