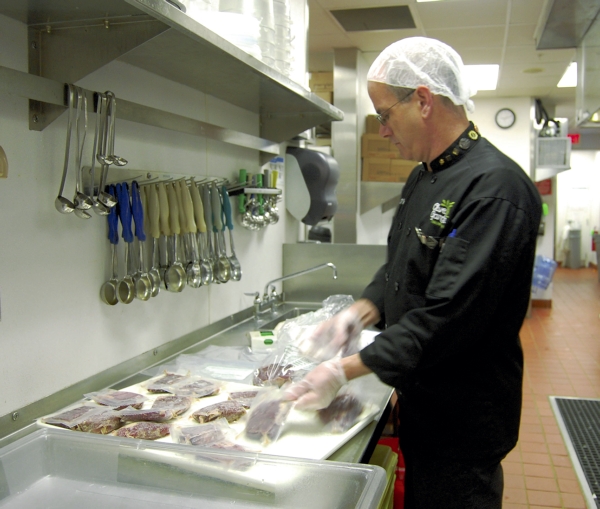 General Manager Russ Garland said they wrap the food up, rapidly chill it, label and weigh it and then get it ready for transport.

“I know that Rowan County has a need, and I’m proud that we can be just a part of that,” Garland said.

“Anything that I would serve to a guest who came in here at 9:30 or 10 o’clock at night that was still good, that we just had too much of,” Garland said.

Garland said the restaurant has also been partnering with Long Horn to give a $1,000 community grant each to Rowan Helping Ministries for the past couple of years.

Nate Valentine, food manager, said Rowan Helping Ministries serves about 300 to 380 meals daily out of Jeannie’s Kitchen. All of those meals are prepared using donated food.

“It’s a big impact because as soon as we get the food, we put it to use within a day or two,” Valentine said.

Garland said the restaurant probably used to discard extra food because there was no guarantee of how organizations would handle the food. The Olive Garden Harvest program ensures that the food is handled safely and responsibly.

“Word will get around that they’re serving Olive Garden,” he said. “We tend to get more people coming to lunch.”