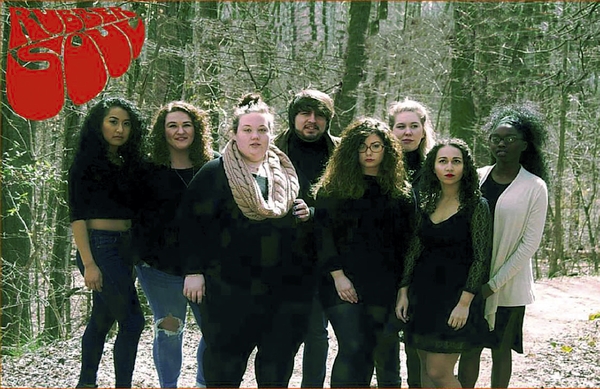 The Catawba College Vernaculars All Stars present the Beatles’ Rubber Soul live and in its entirety this Saturday March 19.  The Vernaculars All Stars have developed an annual spring ritual of presenting a celebrated rock album live and will continue that ritual during this 7:30 p.m. performance in Catawba’s Hedrick Little Theatre.  The performance is free and open to the public.

In recent years, the Vernaculars All Stars have also performed the Eagle’s Hotel California, Fleetwood Mac’s Rumours, and Pink Floyd’s Dark Side of the Moon.  The Rubber Soul performance will stand as a tribute to the legendary George Martin, producer of this album who died on March 8 of this year.

The Rubber Soul show will feature top students from Catawba College’s nationally recognized popular music degree program under the direction of instructor Wes Lachot. The group will perform “Nowhere Man,” “Michelle,” and “In My Life,”

along with other classic hits from the album.

Rubber Soul received critical and commercial success when it was released in 1965 and marked a new level of musical maturation for the group. The album combines R&B and soul with pop and folk rock as well as psychedelic elements to create a distinctive sound that the Beatles continued to hone with Revolver during what is known as their middle period.

Catawba is one of only about a dozen four-year colleges and universities in the country to offer a curriculum for students of popular music. It draws talented pupils from across the country. Five of these students have won John Lennon Songwriting scholarships, and such achievements have helped Catawba establish itself as America’s Rock U.

For information on the Rubber Soul concert, contact Dr. David Lee Fish at dlfish@catawba.edu or call 704-637-4345.