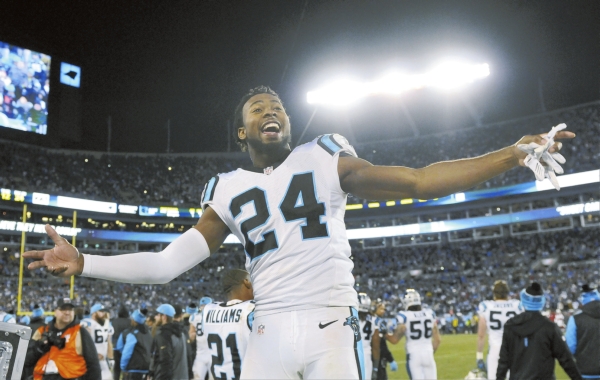 The Catawba College football team got a chance to hear from one of the best defensive backs in the NFL as Josh Norman of the Carolina Panthers spoke to the team on Tuesday afternoon.

Norman spoke on several topics that he thought the Catawba players would benefit from hearing, including how he made his decision on which college to attend. He explained how his perseverance enabled him to work through some difficult things at an early time in his college career.

The All-Pro spoke on the importance of work ethic and how it must be a practice in every area of your life. As he went through a work day of his own during the season, he explained how, as any other full-time job, the amount of time he is around the facility is important to the success of the team and himself personally. Norman said his day spans from 7 a.m. until 6 p.m. during the week with meetings, weightlifting, practice and other activities.

Norman spoke briefly on the importance of having healthy relationships within the community and also the team. He talked about how well the team bonded to create the environment of success they needed for the path to the Super Bowl and explained that the post season is a different mindset in that it is a win or go home situation. Norman said going through that unsuccessfully in previous years helped them to focus on the journey to the championship game this past season. Team unity was the driving force of this year’s success, according to the Panthers’ cornerback.

After speaking for an hour, Norman watched the Catawba team in its first spring practice of 2016.

“Having coached Josh in college and seeing his tremendous work ethic, I knew that he would be able to share a message that would benefit our team,” stated Walker. “Our players showed in day one of spring practice why we are improving year after year. We are working now to continue building this program into one to be mighty proud of.”

Catawba will continue its spring work until the April 9th Blue-White Game.