Police searching for thief who took money from Hendrix Barbecue 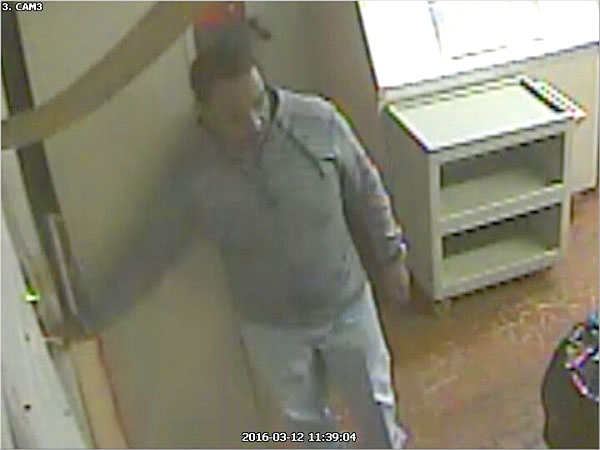 Police are looking for the man shown in this video surveillance still, who they say entered Hendrix Barbecue on Saturday through an unlocked back door and stole money from an office.

Salisbury Police are looking for a man who they say walked into a local barbecue restaurant and walked out with money during business hours.

Officials say the suspect walked into an unlocked back door at Hendrix Barbecue, 1624 West Innes St., between 11:38 a.m. and 11:42 a.m. on Saturday. The man went into an office and took an unknown amount of money.

Anyone with information regarding this matter is asked to call the Salisbury Police Department at 704-638-5333 or Crime Stoppers at 866-639-5245. These calls can be made anonymously.