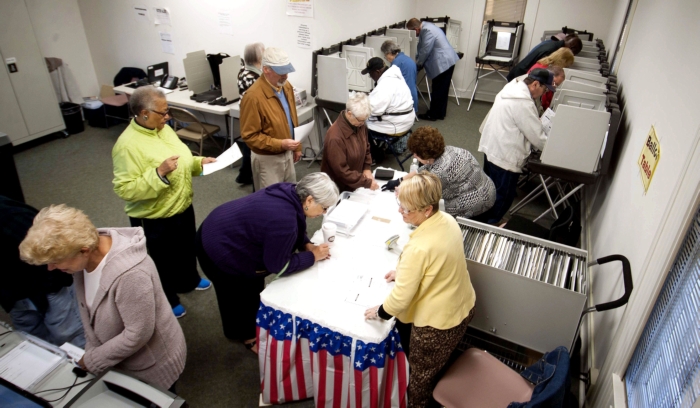 Wow. What an election year this is shaping up to be — part train wreck, part exciting exercise in citizen participation.

After several days of early voting, today is your last chance to help determine who the primary winners will be. If you care at all about your country and your community, you will vote in this primary.

The last time the presidency was up for grabs without an incumbent in the race, in 2008, primary turnout in Rowan County was 31 percent. John McCain had the Republican nomination sewn up, but Barack Obama and Hillary Clinton were still vying for the Democratic slot, and the North Carolina primary was important. That explains the turnout numbers by party — 52 percent of Democrats and 27 percent of Republicans.

This year, there are no sure things when it comes to who will win either party’s presidential nomination. Most of the excitement seems to be on the Republican side. With a lot of attention on Donald Trump, pro and con, the majority of people voting early here — 4,517 of 7,098 — have been Republicans. Democrats have cast 2,563 early ballots.

When you vote, go beyond the presidential part of the ballot to the less glamorous but just-as-crucial statewide and local races. Especially important is the Republican race for  county commission. Three people are vying for two slots: Mike Caskey, Johnny Love and Craig Pierce. The primary winners then run in the general election this fall.

Also look for the statewide bond issue, which asks if the state should borrow $2 billion for construction projects at the state’s universities and community colleges, water and sewer systems, the National Guard, the Department of Agriculture, state parks and public safety.

A voter’s guide in Sunday’s Post had more details on these and many other races, from U.S. Senate to Kannapolis school board.

Be sure to vote, and remember your driver’s license or other voter I.D. Don’t be like U.S. Sen. Richard Burr, who showed up to vote last week and realized he had misplaced his drivers license. He cast a provisional ballot; election officials have to make sure that Burr is who he says he is. Who knew the crackdown on voter fraud would hinder a U.S. senator trying to vote in his home state? Wisely, poll workers treated him just as they would treat anyone else.