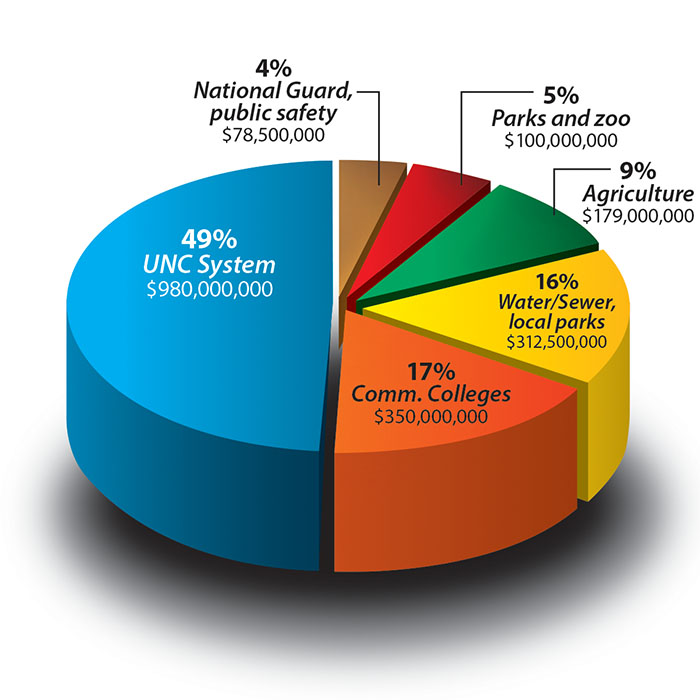 Some Rowan County voters say they’re not sure if state government should take out a $2 billion bond for infrastructure projects.

On March 15 primary ballots across North Carolina, voters will decide whether the state should borrow $2 billion to pay for a swath of projects — most money would go toward universities and community colleges. At a minimum, Rowan County could receive $4.27 million in bond money. The money would go to renovations at Rowan-Cabarrus Community College’s north campus in Salisbury. County leaders also hope to receive a share of the $300 million allocated to water and sewer projects.

The bond has support from from a bipartisan group of state leaders who say the state’s infrastructure is lagging behind its growth. The Rowan County Chamber of Commerce has also endorsed the $2 billion bond.

Rowan residents who cast ballots during early voting, however, questioned whether the $2 billion bond was necessary.

Sizemore also said the language on the ballot was vague. The question on ballots asks voters to “fund capital improvements and new facilities for the state, including, without limitation, the construction and furnishing of new facilities and the renovation and rehabilitation of existing facilities for, without limitation” the UNC System, North Carolina Community College System, water and sewer systems, the NC National Guard, Department of Agriculture, attractions, parks and public safety.

Like a number of other voters who talked to the Salisbury Post, Sherry Mason Brown, who voted early in Salisbury, said she was aware of the bond package but didn’t research it extensively prior to voting. State officials say the bond won’t result in increased taxes. If there’s no need for new taxes, Brown said state officials should spend current tax revenue on the project.

Lane and Carol Graham said they were unsure about the claim that the bond wouldn’t require a tax increase.

The Rowan County Chamber of Commerce has endorsed the bond package, in part, because it will not result in a tax increase. Other reasons include money dedicated to Rowan-Cabarrus Community College, agriculture and water and sewer projects.

The Rowan County Farm Bureau has also passed a resolution in support of the bond. When it endorsed the bond, the farm bureau cited the need to expand and repair infrastructure and invest in agricultural initiatives that will help feed and clothe the state’s population.

Rowan County commissioners and the Chamber of Commerce have both noted the possibility Rowan County could receive money from the $2 billion for a county-owned water and sewer system. The system would be specifically aimed at industrial sites.

When asked about the bond package in January, County Commissioner Craig Pierce laid out Rowan County’s chances of getting money with one sentence: “We’re basically hoping it passes and hoping we get a scoop of water out of the bucket.”

Even with some hesitation from voters about the bond package, most voters who spoke to the Salisbury Post said state officials should use bond debt when necessary.

“I’d say it’s important to address infrastructure problems before it gets out of hand,” said Chris Borre, who voted in Salisbury.

If North Carolina’s $2 billion bond passes on March 15, it would be the first since 2000. At that time, voters approved a $3.1 billion bond by a large margin.

The North Carolina Justice Center recently released a report estimating 25,000 one-time jobs would be created if the bond passes. A total of 5,000 jobs per year for five years would also be created, the report estimates.