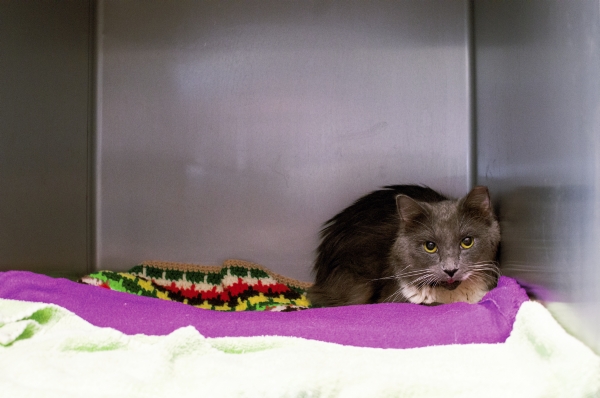 1. A Rowan County animal control officer was put on administrative leave with pay, pending a state investigation into how a cat was hurt at the animal shelter. What kind of injury did the cat suffer?

2. The Jerky Station in downtown Salisbury closed and is moving to another N.C. city. Where?

3. Every year, in a tradition dating back to the 1970s, the N.C. Symphony plays a concert for Rowan-Salisbury students in what grade?

4. When it was all said and done, in round figures, how much did the Wallace Educational Forum — Rowan-Salisbury Schools’ new administrative office — cost?

5. Ralph Wagoner, who with his two brothers was identified for decades with the Wagoner Construction Co., celebrated his 100th birthday Friday. What were the first names of these three Wagoner boys?

A. Ralph, Leon and Richard

B. Ralph, Ken and Walt

6. Former West Rowan High and University of Virginia football player K.P. Parks is getting a shot at professional football. What league drafted the running back in February?

7. The Salisbury Symphony’s piano project, which places student-painted, working pianos in downtown Salisbury, will return for a second straight year in May. The name given to this public-interactive program is what?

A. “Come Tickle Our Ivories”

B. “Black and White Harmony”

8. Which two 2016 presidential candidates made visits to either Cabarrus or Rowan counties this past week?

A. Donald Trump and Ted Cruz

B. Hillary Clinton and Donald Trump

9. A Salisbury Planning Board committee is looking at a couple’s proposal to convert the former Sacred Heart Catholic Church at 128 N. Fulton St. into what?

B. A bed and breakfast

10. A Rowan County couple, David Fitzgerald and Theresa Tiano, have erected a 5-foot-tall by 12-foot-wide sign along U.S. 601 in support of what or whom?