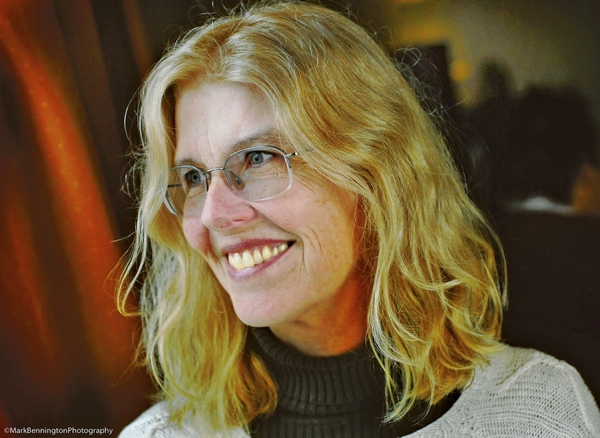 Mark Bennington Photography Jane Smiley will be the guest at the Brady Author's Symposium at Catawba College on Thursday.

Jane Smiley is the guest for the 30th annual Brady Author’s Symposium at Catawba College on Thursday, and is most widely know for “A Thousand Acres,” the novel that won her a Pulitzer Prize and continues to be her most popular book.

But her most ambitious work may be her trilogy which came out over a period of two years, from 2014 to late 2015. It follows several generations of an Iowa family over 100 years.

Smiley spent 24 years in Iowa and told NPR’s Lynn Neary that it was a great place to live, a place where she had many thoughts and ideas. She’s quoted: “And the people were so, sort of, straightforward and friendly.”

When she started writing, she wanted to write a novel in every genre, from romance to tragedy, then she took on the trilogy, which contains a little bit of everything, as well.

“Some Luck,” though, is short on romance, long on details of farm life, filled with stories of plain people who try to get along the best they can through the Depression, droughts, deaths, births.

First, it’s a story of father Walter Landon, and mother Roseanna Langdon. Walter is a dedicated farmer who works very hard. He plants oats, mostly, and some corn, and has a few animals. He’s slow to change and suspicious of new things, as well as dogs, cats and the weather.

Roseanna, raised a Catholic, turns to the evangelicals for a while, until she realizes that brand of religion doesn’t quite fit. Roseanna is always searching for answers. Her emotions, especially about her children, are strong and unquestioning.

Walter assumes his children will want to be farmers, so when oldest boy Frank turns out to be skirting danger all the time, and dangerously smart, he feels as if is son is foreign to him. Even Frank’s war experiences are foreign to veteran Walter,

As the children grow and change and develop their own lives, there’s a level of discomfort about it all.

Smiley has said she birthed the characters and then sent them on their way to see what would happen. They are not so isolated that history ignores them. They fight in wars, they have political leanings, they change their dress and their hair and where they live and how they feel.

Smiley has been compared to Charles Dickens, one of her favorite writers, with some merit.

The trilogy is just one part of Smiley’s large body of work. She has said she starts out with a small idea and then life intrudes and complicates things. While her novels are not considered historical fiction, she relies on history to move the stories along. She likes to see how her characters react to real events.

“Golden Age” follows the family from 1987 to 2019, predicting a rather bleak period in America.

Smiley continues to explore nature vs. nurture, as well as breeding and hybridization, not just of crops and animals, but of people, as well. The Langdons of this era are vastly different than the farmers who preceded them.

Yet, the end of the Last Hundred Years trilogy provides some sweet reflections and the wisdom of age. Conceivably, Smiley could begin a new trilogy, The Next Hundred Years, if she so chooses.

“A Thousand Acres” was based on Shakespeare’s “King Lear” and received the Pulitzer for fiction in 1992.

Smiley writes about Iowa because received several degrees from the University of Iowa, then taught at Iowa State University. She studied Middle English, Old Norse and other ancient languages while waiting for a chance to get into the Iowa Writers Workshop.

She describes her style as character-driven, realistic, mildly plot driven, about relationships and odd behavior.

Smiley has had an interesting personal life, partnering with very different men, from a Marxist to a waiter who sang at the restaurant where he worked. She married the Marxist; she married a history graduate student, and had two daughters, then she returned to the singing waiter who had been an art major and had a son.

She has written 16 novels, two short story collections, a number of non-fiction books and five young adult novels, as well as an episode of “Homicide: Life on the Street.”

Her writing contains insights into humanity, questions about relationships, and the sense that no matter what we do, life goes on.

Her appearance at Catawba on Thursday should be enlightening because she is an author full of ideas.

All events require a ticket, which can be purchased online at http://catawba.edu/news-events/events/events/authors-symposium/ or calling 704-637-4393, Catawba’s public relations office.

Events will be held at the College Community Center.