Tonya Brittain’s journey to the ministry: ‘When God speaks, you do what he says’ 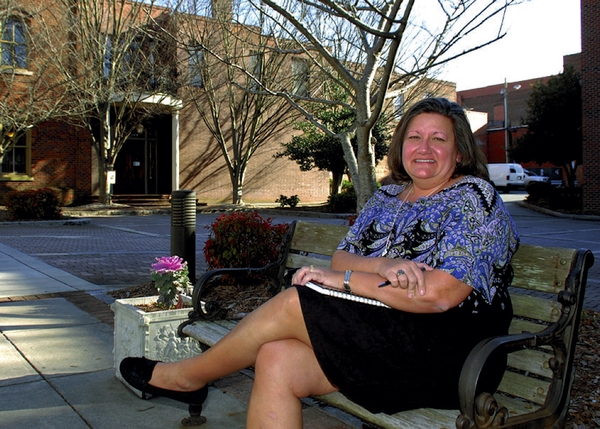 SALISBURY — As a kid, Tonya Kesler Brittain and her three siblings did everything imaginable at Union Lutheran Church.

They served as acolytes, played handbells, accompanied programs on the piano or organ and sang in the chorus. They endured, of course, the standard three years of confirmation classes.

“Every time the church doors were open, Mom made sure we were there, doing something,” Brittain says.

Years later, Brittain would return and become Union’s music director, a position she held for about eight years. Come Sunday, at a 4 p.m. service, she will be ordained as a Lutheran minister in her home church — the first daughter of the congregation to be ordained.

“When God speaks, you do what he says,” Brittain explains.

Brittain, 44, sounds a loud protest when asked to talk about herself and the story bringing her to this point in her life, preparing to relocate to Marysville, Ohio, and serve her first congregation.

“Everybody’s ordination journey is different” she says. “Mine’s just one. … For me, it was a very Spirit-led process. I already know there were very special reasons I’m being sent to Ohio, some that aren’t entirely explainable.”

As a 14-year-old, Brittain actually was “farmed out” to another church — Haven Lutheran in Salisbury. James Lyerly, a member of Haven Lutheran, was desperately looking for a organist, someone to fill in for Roy Simmons, who had been playing the organ at Haven for 61 years but had suffered a hand injury.

The four Kesler children were all taking piano lessons from Lylace Brothers of New London. Tonya and an older sister also were learning the organ.

Brothers would come to the Kesler household and for two hours straight give lessons. She often stayed for dinner, too, and Tonya says Brothers became as much a godmother as she was a music teacher.

Lyerly had heard about the talented Kesler brood and initially inquired about the availability of Tonya’s sister, who already was playing for Providence Methodist Church. He then made his pitch for Tonya.

Until she graduated high school, Brittain served as Haven Lutheran’s organist. Until Tonya could driver herself Faye Kesler would drive her daughtr to choir practice on Wednesday nights and drop her off and pick her up on Sundays.

In between, Faye would drive back to Union Lutheran so she could attend the church service there.

To this day, Brittain thinks Lyerly preferred bringing in a teenager to fill the legendary Simmons’ spot so the congregation’s expectations would be tempered.

“They were very nice to me,” Brittain says, remembering how anxious she was at first and her sensitivity to any mistakes she made.

The Rev. Glenn Zorb was pastor at Haven then. “He would find me in the closet, crying,” Brittain says. “He would talk me off the edge.”

Brittain graduated from East Rowan High in 1989, then went on to Lenoir-Rhyne College as a music education major with minors in organ and voice. After college, she taught music in Burke County Schools for three-and-a-half years.

She then became a music director at St. John Lutheran Church in Statesville. She married husband Paul Eugene “Gene” Brittain in 1997. Gene, an accountant, also is an accomplished organist himself, and over the years when anyone called the house and asked for an organist, they had to ask, “which one?”

The couple met through a mutual friend at an organ recital in Charlotte. The same friend played at their wedding. Brittain calls it ironic, but the first funeral for which she played the organ was the service for her old friend, James Lyerly.

Life eventually brought Tonya back to Rowan County and the music director’s position at Union Lutheran, but she knew — probably recognized it her whole life — there was something more calling her.

Gene knew it, too. and Tonya says a series of personal events, in which she was called to minister and rely on her faith, made it obvious what her next step should be.

She sent up a prayer, “If this is what you want me to do, let it come out of Gene’s mouth.”

And it did. Gene said she had to go to seminary, or she would always question not doing so the rest of her life. So while working at Union full-time, Tonya enrolled at Hood Theological Seminary in Salisbury in 2010.

“I did the research and still ended up there,” she says, describing how Hood’s racial and religious diversity are what sold her on the school.

At Hood, Brittain said she learned how to politely disagree, lift up her beliefs and support her brothers and sisters. She attended Friday nights and Saturdays, while still holding down her job. She graduated in 2014, but she still needed to complete 15 hours of Lutheran-specific curriculum at the House for Lutheran Studies at Gordon-Conwell Theological Seminary in Charlotte.

That meant attending classes Fridays, Saturdays and half days on Mondays and Tuesdays. Union, her cherished home church, made it possible.

“They let me be flexible, to finish my education,” Brittain says.

A year’s internship at Joy Lutheran Church in Richmond, Texas, followed. She calls it her “year of deployment,” one that required long stretches apart — four to six weeks at a time—  from Gene, who stayed back here.

But the ministerial experience in Texas couldn’t have gone better. “I knew within the first weekend that was the right thing,” Brittain says.

Brittain consider her becoming a minister as a call from God, not a second career. For people like her, who maybe started later than others, life experiences bring you to this point, Brittain says.

“We’re recognizing where God is wanting us,” she adds. “All the years as a music director — that wasn’t the whole story.”

Giant influences in her life have been Gene; her mother, Faye; her first pastor at Union Lutheran, the late Rev. Aaron Lippard; the Rev. C.P. Fisher; the Rev. T.C. Plexico; and Dr. Albert Aymer, former head of Hood, who “was critical to my seminary journey.”

Brittain already has attended five or six services at First English Lutheran Church in Marysville, making the seven-and-a-half-hour trip by car. Four people will be attending her ordination from Marysville Sunday, and 10 will be here from Joy Lutheran in Richmond, Texas, including the Rev. B.A. “Tim” Christ.

Gene and Tonya head off for Ohio and a new life Tuesday, and Tonya’s first sermon as First English Lutheran’s pastor will come on Palm Sunday, leading into a busy Holy Week of services.

Tonya is ready, because she know hers is just one journey.