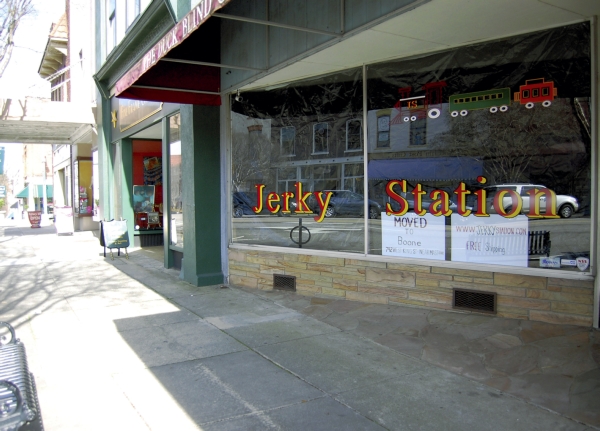 Amanda Raymond/Salisbury Post - Jerky Station, which opened last year at 107 S. Main St., is moving to Boone. Brad McDaniel, one of the store's owners, wrote on the store's Facebook page that relatively high operating costs and low foot traffic were to blame.

Jerky Station has moved out of downtown Salisbury.

Brad McDaniel, one of the owners of the store, confirmed the move in a Facebook post on Thursday.

“I love the people of Salisbury and the most difficult part of this process is leaving behind the people who supported us with all the joy and confidence in the world,” the post stated.

McDaniel said the store did not get enough foot traffic to offset its relatively high operating costs.

The operating costs for the location in Boone are “literally half,” and the store will get more foot traffic in Boone’s downtown area, McDaniel wrote.

“I’d say the amount of people out on a Friday Night Out (downtown Salisbury events) is comparable to a standard day in Boone in terms of foot traffic,” McDaniel wrote in the post.

Jerky Station opened in 2015 at 107 S. Main St. and sold jerky from 23 different animals, according to a previous Post article. Brad McDaniel and his father Delmar owned the store.

The owners had 20 jerky suppliers from Florida to Oregon.

The store sold standard, exotic and natural and organic jerky from around the country, according to the store’s Facebook page.

“The people who run these businesses put their lives into these ventures and often times the product they sell will be far superior than anything in a super store because far more care was placed in to making or selecting the product for their store,” he wrote. “Give love to the locals.”