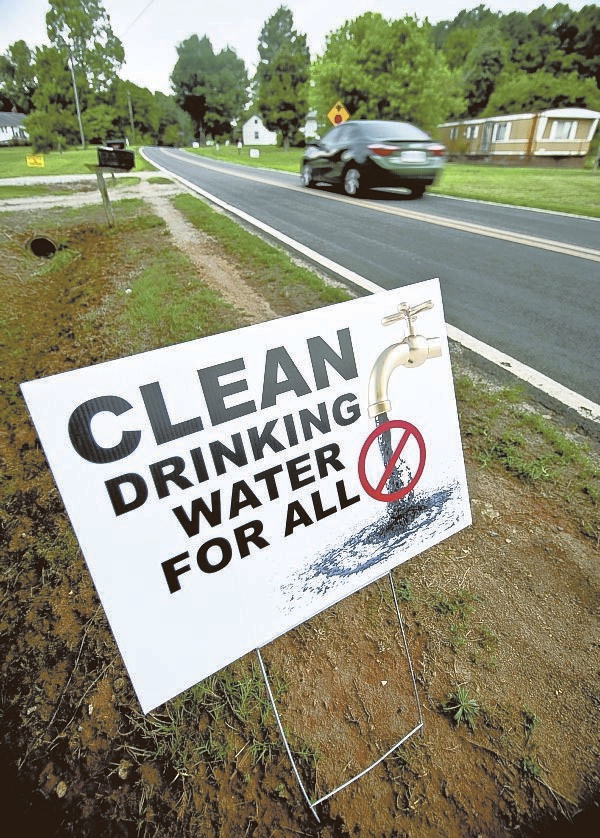 State health officials may have created more questions than answers when private wells near coal ash ponds were declared safe to drink.

“It’s really tough when someone is told not to drink their water because it can cause cancer and then the very next day it is fine,” Helmstetler said. “It’s really hard to put that genie back in the bottle.”

Months ago, state health officials told neighbors of Duke Energy’s coal ash ponds across North Carolina that their water was unsafe for drinking or cooking.

However, State Health Director Dr. Randall Williams this week said the Department of Health and Human Services would lift its “do not drink” recommendation for wells that showed elevated levels of two heavy metals — vanadium and hexavalent chromium. After months of discussion about municipal water showing higher levels of the metals than the unsafe wells, Williams said state officials would raise the testing standard for one of the metals and wait for an upcoming Environmental Protection Agency report.

The decision could mean nearly all private wells near Buck Steam Station would be considered safe to drink by state officials.

Helmstetler and local health officials, however, are hoping for further explanation about the decision. He said said county Health Director Nina Oliver has requested a conference call to gather more information from the state.

Graham rattled off a number of questions she still has about her water.

“When you do something like that, you have to show what scientific evidence made you change your mind,” she said. “Hundreds of families were told their water was toxic ten months ago. Now, the governor’s administration expects us to just use our tap water like nothing was wrong with it yesterday.”

“I didn’t feel like this would be something I would have to be dealing with in my home, with it being on well water,” Queen said. “Well water used to be the safest thing.”

Graham and Queen both said Gov. Pat McCrory could do more to help those living near coal ash ponds. Both said residents of North Carolina deserve to be protected by the government.

“We just want our state to protect us,” Graham said. “We have begged for some kind of answer, and where is our governor?”

Wallace, an attorney representing families living near coal ash ponds, said her clients find it “extremely troubling that the state is apparently flip-flopping on its position.”

“The solution to this should be to find ways to provide safe water without the contaminants — not to tell the families in North Carolina too bad, you have to live with it,” Wallace said in an email. “Statements from the state that conflict with their prior positions which have no reasonable basis only serves to magnify the communities’ legitimate concerns. They are concerned that the more years that the leaking goes on, the more contamination there will be.”

Wallace said her clients have reached out to Rowan County Commissioners. Wallace said she hopes commissioners will listen to Dukeville residents’ concerns.