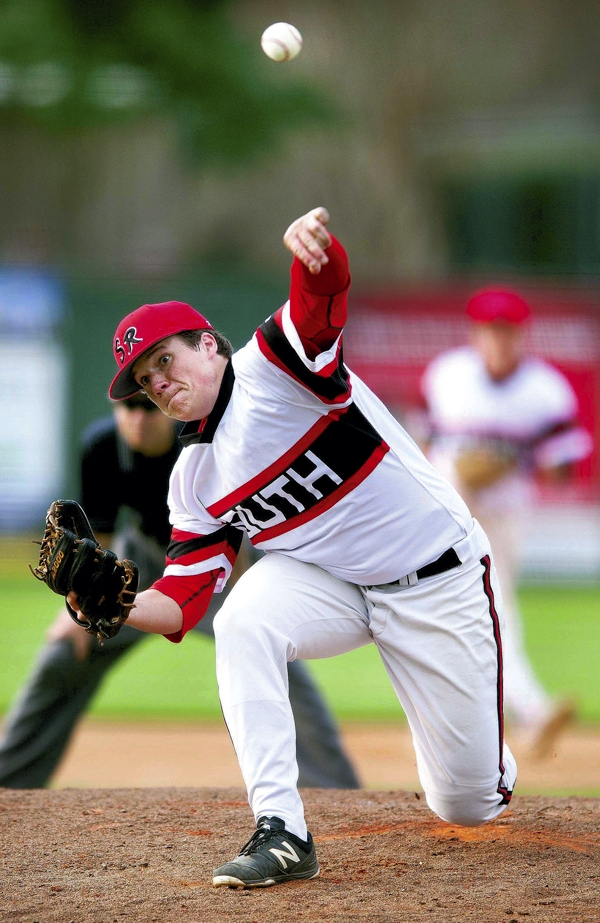 LANDIS — South Rowan’s 14-10 record in 2015 was pretty good, but the season wasn’t a complete success because the Raiders were 11-2 and on top of the world at Easter.
That means they were 3-8 in the stretch run.
“We’ve talked about finishing this season better,” South coach Thad Chrismon said. “That means finishing at-bats, finishing defensive plays, finishing pitches.”
While 2015 was a tale of two halves, South’s actually been as steady as a clock the last six seasons, finishing third-fourth-fourth-third-third-fourth in conference races.
No firsts and no seconds, but lots of playoff teams and no bad squads.
Chrismon’s debut in 2009 was 7-16, but since then the Raiders, counting this season’s 3-0 start, are 103-61.
Can South, already 2-0 in the South Piedmont Conference, put together another contending season?
In a word, yes. While South took its lumps in football (0-11) and boys basketball (0-24), baseball will be a different story. The Raiders have exceptional arms — four proven varsity hurlers — and not many SPC teams can stay that. Chrismon welcomes back the pitchers that accounted for 12 of last season’s 14 wins.
Still, there are lineup holes to fill.
Eric Stowe, the center fielder who was South’s most dynamic offensive player, is gone. So are Burke Fulcher, Chandler Corriher and Hunter Travis, a trio that often made up 75 percent of a fine infield.
South returns five seniors who have been in big games — pitchers Blake Johnson (5-2) and Austin “Bo” Corriher (2-3), outfielder Tyler Rary (.245, 13 runs), catcher Tristan “Shaggy” Wyatt (.263) and shortstop Peyton Penninger (.243, 13 runs).
Johnson a lefty who has committed to Belmont Abbey, owns a career record of 13-3.
Corriher has had his moments, including a breakout performance at West Rowan when he was a sophomore.
Junior pitchers Dillon Norton (2-1) and Walker Joyce (3-1) thrived out of the bullpen in pressure situations last season. They’ll be even better this time.
Austin Chrismon (son of the head coach), Tyler Belk and Tyler Shephard can provide relief innings.
“I like our pitching and I really like our pitching depth,” Coach Chrismon said.
Wyatt and Penninger anchor the up-the-middle defense. Rary, who usually played right field last season, moves over to center, and has the speed to be excel. Austin Chrismon figures to start at second base. He also runs well.
Johnson (.250, 8 RBIs) swings the bat with some authority, so he could be in the lineup at first base or DH when he’s not pitching. Outfielder Dawson Larrimore, a new face, is getting a shot at a starting outfield job and the leadoff position. Joyce and Norton are ready for expanded offensive roles.
South is going to be a pitching-and-defense team. That also was the case last season when the Raiders went 9-7 in the SPC without hitting a single homer.
“We have good pitching, we’ll play solid defense, and we can swing it some,” Chrismon said. “I like this group. I’m excited.”