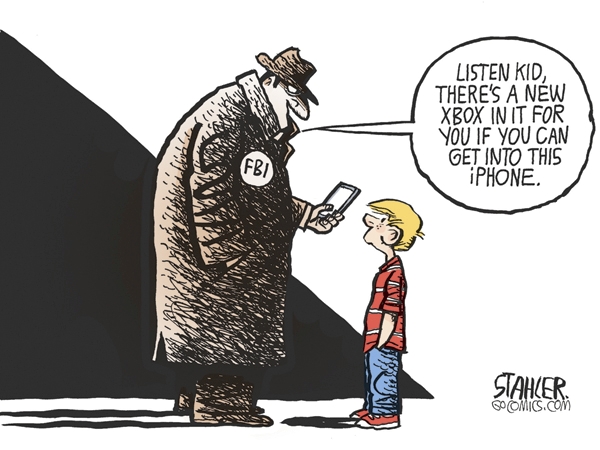 Being retired from the Salisbury Fire Department, I know firsthand that same pay issue has been going on at the fire department for years. We would train the folks, get them their state certifications, then they would leave and go to Kannapolis, Charlotte, Concord, Mooresville, where they could make more money to support their family.

I saw a lot of good people leave over the years.

You invest a lot of money into new employees, and it’s a shame to see them leave. The other cities are anxious to hire those with their certifications in place.

Salisbury Fire Department has been starved to pay the $3 million-plus-per-year Fibrant deficit from the general fund. So has the Salisbury Police Department. At some point we have to stop throwing good money after bad and shut it down or enact a “Fibrant Tax” so we can return to properly funding other city departments at a reasonable level. The chickens have come home to roost.

Mr. Owens’ “martyrdom oneupmanship” letter confuses me. Is Rosa Parks less brave because others did the same before her and she was a crime victim years later? Was one Bloody Sunday less bloody than the other? One can only wonder his intent when applying labels of “much ado’s”and “inflated figures” to names that have become synonymous with a movement that protects the civil rights of everyone, even Mr Owens.

For some historical clarification regarding the civil rights movement, I encourage you to see “The Parchman Hour” at Lee Street theatre, now in its final weekend. This documents the Freedom Ride movement started by CORE, the Congress for Racial Equality.

In 1944, Irene Morgan boarded a Greyhound bus only to find herself soon arrested for violating Virginia’s Jim Crow transit law. This led to a 1946 Supreme Court ruling that the Virginia law was unconstitutional. The first initial “testing” came in the CORE’s “Journey of Reconciliation” in 1947.

All of this came almost 11 years before Rosa Parks.

Mr. Owens, let’s remember Lieutenant Jack Roosevelt (“Jackie”) Robinson. He refused to move to the back of the bus, for which he was court-martialed and proved not guilty in 1944 at Camp Hood near Waco, Texas. Jackie Robinson was the first African American major league baseball player since 1884.

Let’s also note that James Walker Hood, who would later become a bishop in the African Methodist Episcopal Zion Church, forcefully integrated the first-class section of the Pennsylvania Railroad passenger trains between 1848 and1863. In North Carolina, Hood demanded and received first-class steamer accommodations.

You are correct in asserting that Rosa Parks was not the first to protest the indignities of past racist policy. My question is what do you mean by “one of them”? She was civilly disobeying a Jim Crow law for all citizens.

Lincoln Park Pool to
be renamed in honor
of Fred M. Evans

I worked there when I was in seventh grade and Mr. Evans taught me how to swim. He was a great man and his wife is a wonderful woman. He also taught my brother, Jerry Chunn, how to swim; he was one of the lifeguards, competed in many swimming contests and won them all, thanks to Mr. Evans.

My uncle, Fred M. Evans, was a person who cared for his family and community. It is a fitting honor that he is being recognized for the many contributions he bestowed on those around him.

The world would be a better place if we take his lead do all we can to help others without expecting anything in return.

If we had more people like Fred and Raemi, the world would be a much better place.

Average taxpayer, get ready as this is just more of these taxes you will be paying so the big dogs can keep more of their money by paying less income tax. Wake up, as the Tea Party continues to shaft the general public. Find out who Art Pope is and see how he did this to you.

Once again Republicans stick it to the working class so the investment class can have their lobster and caviar. McCrory must go before he and his thugs ruin the state for all but the 1 percent.

Hard to believe that hard-core Democrats are trying to divert attention away from their socialist agenda by calling out this tax increase. While I don’t agree with it, it pales in comparison to the rob from the rich to give to the “I’m entitled to a handout no matter what” programs that the dummies endorse.

Thank you to everyone who makes this day so successful. The business owners in Salisbury are the absolute best for supporting our Special Olympians. Our community is truly amazing and I thank each and every one of you that made this day/event so wonderful.

We love our Elks and the hospitality shown to us, and we appreciate all of the other civic clubs as well. Looking forward to doing again next year.

Freezin’ for a Reason!

Wow, what an awesome time we had! Jay Taylor sure knows how to plan a party, along with the Special Olympic committee. Thank you for an amazing article from the Salisbury Post.

Two percent of the sales tax merchants collect goes right back to Rowan County, so supporting these merchants is doing more than just supporting downtown.

It is past time for a complete operations audit of the Rowan County Tourism Development Authority. We know that tourism tax dollars have been spent on the purchase of commercial real estate, wayfinding signs, Christmas lights, the symphony and sculptures. I ask you, will these things bring people to Rowan County and put heads in beds?

…The current administration of the TDA has made it virtually impossible for an event producer or organization to get a grant. The application is ridiculously long and oversteps its authority by requiring irrelevant information. …

Ask someone at the TDA why the annual Coon Hunters event was not held at the fairgrounds last weekend. The truth is that they were wooed with incentives to South Carolina — 15,000+ annual visitors lost to Union County, S.C. Where’s the outrage?

… A tale of two schools: the consolidation discussion

The school board also has to determine what to do with the old schools. Are they going to sell the property? Use the property for something else? Hope they do not let those properties rot.

There should be a policy on the sale, rehabilitation or remodel of any structures, once they’ve been removed from regular use by the school system. It is one thing for a community to lose a neighborhood school. But it is quite a different matter for the old structure to become a blight on the neighborhood.

What a sad and profound statement about the state of our community that school enrollment has fallen so dramatically over the past 10 years.

… US guns a global problem?

This article is full of numbers and opinions that cannot be backed up by facts.

The U.S. is to blame for Iraq not being able to keep up with the weapons we donated to their army and police forces to protect themselves? That’s just an ignorant statement. The writer is obviously one of those people that think Ford or Chevy is to blame for someone stealing a church bus, drinking a glass of “purple drank” and running over a bunch of children.

What a joke — three days paid vacation. If they postponed the suspension of the student so he could play in the game, then they need to be fired. What does that tell the students? If Moody approved the suspension with pay, then she needs to go also.

I would dare to say that some of these players from both sides are not virgins as far as fighting. … I feel sorry for the seniors especially; they have been robbed of a lifetime memory that is just as good as any school book. I am writing as a ‘67 Cavalier. I feel sorry for both sides.

There was one punch thrown. After that, parents came to the aid of their kids. North’s team did not attack anyone. There was no bench clearing brawl. The teams were leaving their bench for the team huddle at the end of the period. The refs had their backs turned. The fans left their seats, engaging in the fray.

The people who rushed the court are identifiable and should be prosecuted for their participation in the ruin of North Rowan’s run for a state championship.

…There has been not one apology from the aggressor, the coach, the principal or anyone involved. And as we expect, there will be none. Man up.

The principal did apologize to Coach Andy Mitchell in the hallway after the game; I heard and saw it with my own eyes and ears.

Luke Brown is an awesome person and I highly respect him. I’m sure he made the best decision he could at the time.

Well done, Andrew H. Poston. We need some new blood in the N.C. House. Just because Warren has lead six years, that does not mean anything, especially when all you see is raised taxes and nothing good out of what he has done.

… Andrew is a young man who will get the job done and with this young face make us a better North Carolina.