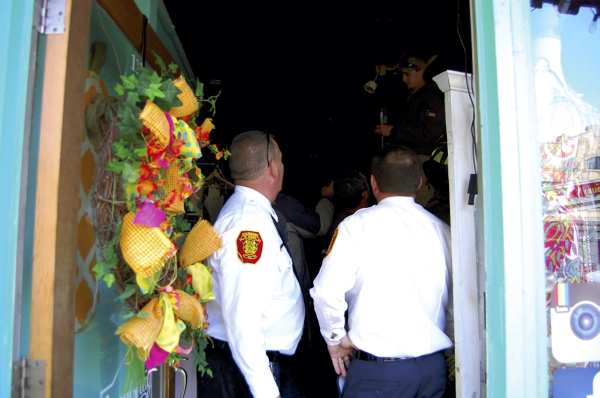 Amanda Raymond/Salisbury Post The Salisbury Fire Department responded to a call from AnnaCraig Boutique on West Innes Street on Friday afternoon. Drew Myers, the store's owner, said a chandelier in the shop was sparking and smoking.

A light fixture malfunction slowed down traffic on West Innes Street on Friday.

Drew Myers, owner of AnnaCraig Boutique, said she heard a loud noise, like a pop, and saw sparks coming from a chandelier in the shop. Smoke started billowing out of the fixture, so the employees decided to call the fire department.

Salisbury Fire Department Division Chief David Morris said the malfunction did not appear serious, but firefighters and an electrician were examining the chandelier. Morris also said they were checking voids in the ceilings and between the floors to make sure there were no hotspots, and they were also checking surrounding properties.