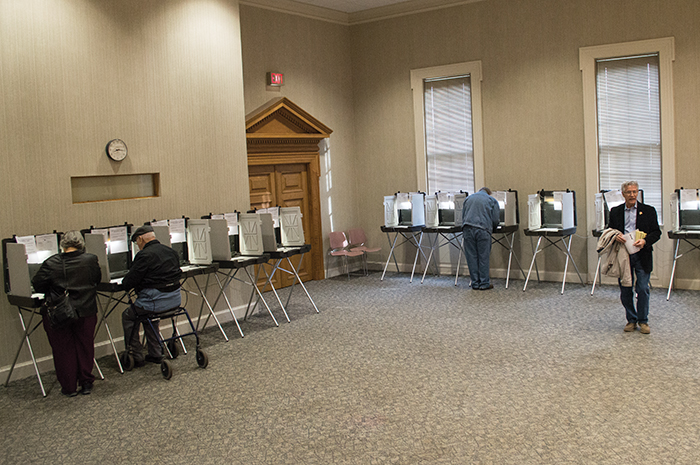 The library’s headquarters saw a small flurry of voters when polls opened at 8 a.m. Those first voters also waited a bit longer than usual because of computer problems at all three early voting locations. The computer problems briefly forced poll workers to write voter information on ballots by hand.

Within 20 minutes, computers at polling locations were working again.

Former County Commissioner Jon Barber was the first person in line at any polling location in Rowan County. Barber said he thought the polls opened at 6:30 a.m. After discovering polls hadn’t opened, Barber pulled a camping chair from his truck and waited. He was among 10 or so people who voted at the library’s headquarters within the first 30 minutes.

The U.S. presidential race is at the top of ballots. Rowan County voters will also choose candidates for governor, U.S. Senate, State House representative and county commissioner. Kannapolis residents will be able to vote in school board primaries. A number of other statewide races also appear on 2016 primary ballots.

A $2 billion bond will also appear on ballots. A majority of the money will go to universities and community colleges. Rowan-Cabarrus Community College will receive a few million for its north campus in Salisbury as part of the bond package.

For more information about early voting, contact the Rowan County Board of Elections at 704-216-8140.