Editorial: NC super relevant now (or at least more so) 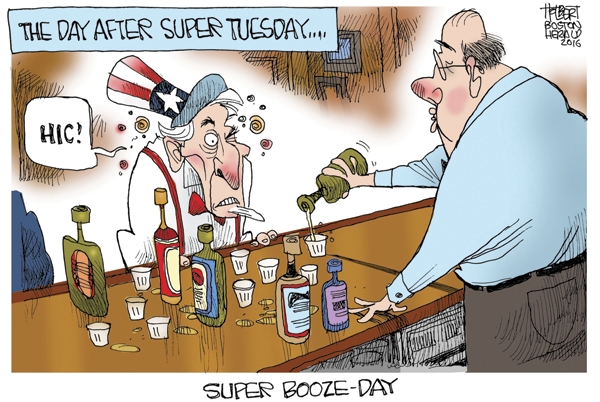 Now that Super Tuesday has come and gone, will North Carolina’s presidential primary be as pivotal as legislators hoped when they voted to move it up to March 15?

We’ll soon find out. Twenty-four states have held primaries or caucuses so far this year. Having North Carolina’s primary in March instead of May, our traditional date, moves us to the middle of the pack. North Caroline is coming to the fore at what could be a critical moment, especially for Republicans. It’s make-or-break time for anyone who hopes to keep Donald Trump from winning the GOP nomination — and an equally critical time for those eager for Trump to seal the deal.

Last week the Post asked online readers to pick the Republican they would like to see come out ahead today. Trump got strong support, 42 percent, in this unscientific poll. Tied for second here were John Kasich and Marco Rubio — surprising since Kasich has been stranded on the periphery of this race for weeks. Ben Carson came in next with Post poll respondents, while Ted Cruz brought up the rear. Maybe all those jokes about fellow senators’ dislike of Cruz are affecting local opinions.

North Carolina will share the March 15 spotlight with four other states; Florida, Illinois, Missouri and Ohio also hold primaries that day. Candidates are expected to focus resources on Florida and Ohio, bigger states with winner-take-all primaries.

No matter. The presidential primaries will be of utmost importance to North Carolinians, both Republicans and Democrats.  After observing the races from afar all these months, finally we’ll get a chance to vote on the parties’ nominees — vent our anger, express our hopes and share our wisdom. This is a political process, after all, not reality TV.