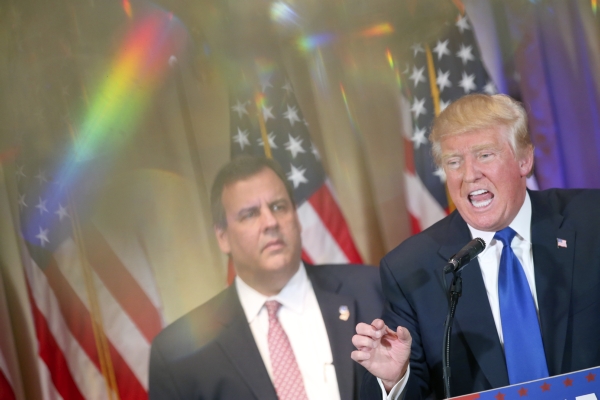 WASHINGTON (AP) — It’s getting harder and harder for rivals of Donald Trump and Hillary Clinton to plot a realistic course to their party’s nomination. That doesn’t mean they’ll stop trying.

What to watch for Wednesday, the day after Trump claimed another seven states in the Super Tuesday mega-vote, and Clinton widened her lead over Sanders with seven more of her own:

THE TALLY: With 12 states awarding delegates Tuesday, see how the delegate totals shake out.

On the Democratic side, Clinton had at least 1,005 delegates, Sanders 373. It takes 2,383 Democratic delegates to win.

GENERALLY SPEAKING: Watch front-runners Clinton and Trump spar from afar in an anticipated general election matchup. Trump said Tuesday night that if Clinton hasn’t straightened out Washington by now “she isn’t going to straighten it out in the next four years.” Clinton, in turn, criticized what she called the angry, divisive rhetoric from the Republican front-runner, though she did not name him.

CRUZ’S COURSE: Watch for a more assertive Cruz, rejuvenated by victories in his home state of Texas, neighboring Oklahoma and Alaska. On Tuesday night he urged the other GOP candidates to “prayerfully consider coming together” and uniting against Trump. Translation: Get out of the race.

RUBIO’S ROAD: After a disappointing showing on Super Tuesday, expect Rubio to be all-in for his home turf of Florida, a winner-take-all state that votes March 15. And he’ll campaign Wednesday in Michigan, which votes March 8. Rubio, who won Minnesota on Tuesday, is still betting his more aggressive approach to Trump will pay off.

GOP SOUL-SEARCHING: Keep an eye on how the GOP establishment does — or doesn’t — reconcile itself to Trump. In the run-up to Tuesday’s mega-round of voting, some establishment figures were vowing they’d never, ever support Trump; others were reluctantly pledging to fall in line behind the eventual nominee, whoever it is. South Carolina Sen. Lindsey Graham, no fan of Cruz, lamented Tuesday night that “we may be in a position where rallying around Ted Cruz is the only way to stop Donald Trump and I’m not so sure that would work.”

THE B-WORD: Trump’s strong showing could generate fresh talk about the possibility of a so-called “brokered convention” from Republicans who just can’t get on board with the idea of Trump as the eventual GOP nominee.

AM NOT, DID TOO: The rhetoric in the GOP race took a turn for the worse before Super Tuesday, featuring a series of taunts between Trump and Rubio about potential pants-wetting, bad spray tans and overactive sweat glands. Do the candidates elevate the conversation now that Tuesday’s big vote is past?

SANDERS’ STAND: Sanders, looking for more places to shine after wins in Oklahoma, Colorado, Minnesota and his home state of Vermont, was ready to campaign Wednesday in Maine and Michigan, where he hopes his populist message will resonate with union and blue-collar voters. And his campaign strategists scheduled a “path forward” breakfast to lay out his intended route to the nomination.

ENTHUSIASM GAP? Check out final turnout figures from Tuesday’s  primaries, which showed record voting among Republican, but not Democratic, voters. If that trend continues, it could have implications for the general election. And expect Trump to take credit for it: He held out high turnout on Super Tuesday as evidence he’s expanding the Republican Party.

AIR WARS: Expect to see lots of Trump thumping in the next two weeks. Ahead of Super Tuesday, anti-Trump ads outnumbered pro-Trump commercials nearly 3-to-1. That ratio is likely to grow. Three outside groups, Our Principles, American Future Fund and Club for Growth, have laid plans for millions of dollars in new Trump attack ads. Conservative Solutions, a super political action committee backing Rubio — and blasting Trump — has reserved $6 million of ad time for in the soon-to-vote states of Michigan, Illinois, Missouri and Florida.

On the Democratic side, both Clinton and Sanders continue their campaign advertising. From the looks of the ad reservations, Sanders is betting big on Michigan, spending more than two-thirds of future ad money there.