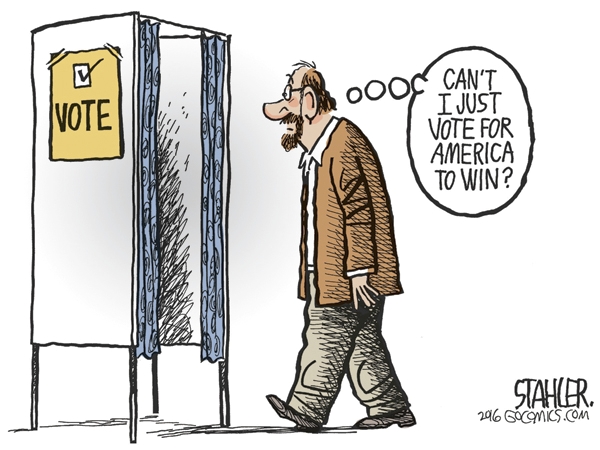 Confused about this year’s elections? You’re not alone.

A court ruling earlier this year declared the 1st and 12th Congressional Districts racially gerrymandered. The result: state lawmakers hastily drew a map that shifts a number of voters to new congressional districts.

Federal judges still need to approve the maps. So, there’s also a small possibility that voters would elected U.S. House members under the current maps.

A number of other possibilities also exist. Federal judges could also order another new map be drawn.

Combined with new photo identification requirements, voting in North Carolina this year is more confusing and difficult than ever before

The best advice comes from the State Board of Elections, which is telling voters to complete ballots regardless of the election date.

Those upset about photo identification requirements should rightly direct frustration toward state legislators. For frustration about this year’s congressional elections, blame the entire process that brought North Carolina to this point.

Even before Republicans took over state government, the 12th Congressional District looked rather ridiculous. Over and over, courts considered legislation about the district’s constitutionality. Finally, courts this year realized the 12th and 1st Districts were obvious examples of gerrymandering.

The problem is that we’re in the midst of an election. A number of voters, including some in Rowan, have already submitted absentee ballots. If the new maps hold up, votes under previous congressional districts will be thrown out.

Politicians banter back and forth about disenfranchisement, but literally throwing out votes fits the term perfectly.

Turnout is already low during America’s elections, regardless of the year. The congressional elections pose a potential to be embarrassingly low — perhaps lower than municipal elections.

It’s still critically important that North Carolinians vote whenever given the chance, but courts and politicians are playing with representation in Congress and eroding any faith that one person’s vote matters at all.

My Heart’s Journey: Ready for rehab to begin