Patrick Gannon: District maps could be even better 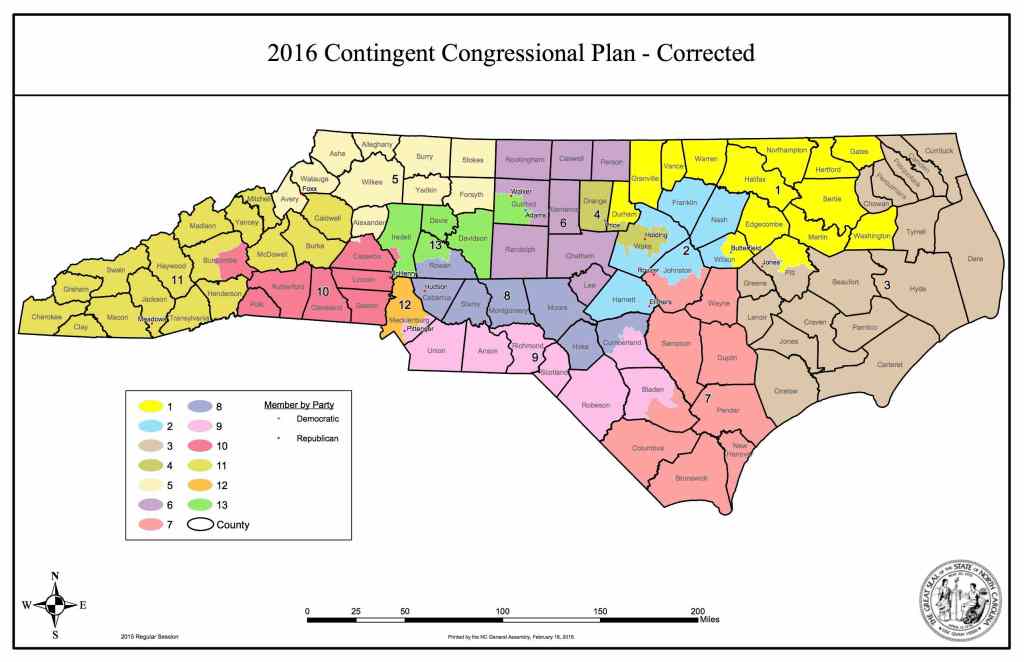 RALEIGH – Rep. Paul “Skip” Stam, a Wake County Republican, made the point during debate over the newly drawn congressional districts that they are “prettier” than the ones previously adopted by the Republican- led General Assembly in 2011. He’s right. p off the page a little more.) Just look at the new map over the one used in the 2012 and 2014 congressional elections and that’s clear. You can view both maps through the “Redistricting” page on the General Assembly website, ncleg.net.

The new districts are more compact than the previous ones. They aren’t as oddly shaped and meandering. Gone is the former 12th Congressional District that snaked from Mecklenburg

County all the way up to Guilford County. Also gone are many of the odd twists and turns in districts in other parts of the state drawn to ensure Republican voters ended up in districts where they could help GOP candidates win elections.

Those abnormalities led some experts to deem certain North Carolina districts among the most politically gerrymandered in the nation.

Also, the new maps — which still must be approved by federal courts — split far fewer counties into more than one congressional district. Under the 2011 plan, a ridiculous 32 counties were split into two or more districts. In the new plan, 13 counties are divided. In the 2011 plan, nine counties — including Rowan — were split into three or more congressional districts. In the new plan, none are.

Because fewer counties are split, perhaps more North Carolina residents will be able to name their representatives in the U.S. House. It’s also important because voters in individual counties often share similar local interests and concerns. It makes sense that one member of Congress should get to know their issues and advocate for them.

But as a top Republican official told me, no map is perfect. The new map clearly is not, at least as far as voters are concerned. One of the criteria adopted by a legislative committee to draw the new districts was “partisan advantage.”

The General Assembly set out to create districts to ensure Republicans would maintain the current partisan makeup of the state’s congressional delegation — 10 Republicans and three Democrats — rather than ensuring fair and competitive elections across the state.

Republicans believe they protected their power, although they claim that some of the districts have become more competitive under the new drawings. That would be good for Democrats if they can find competent candidates to run in certain Republican-held districts.

The new maps also face potential challenges on racial grounds. The former map had to be redrawn because it placed too many African-Americans into two districts, thus diluting the black vote elsewhere.

Race wasn’t considered at all in drawing the new districts, Republican officials said. The federal courts, as a result, might find that the new maps violate provisions of the Voting Rights Act.

If that happens, the Legislature might have to go back to the drawing board. Or the courts could draw the maps for them or appoint someone to do it. In conclusion, the maps are better, but they could be better still.

Gannon is the editor of the Insider State Government News Service in Raleigh. Reach him at pgannon@ncinsider.com.

White liberals blind to own prejudice