‘Bringing True Value back to Salisbury’ 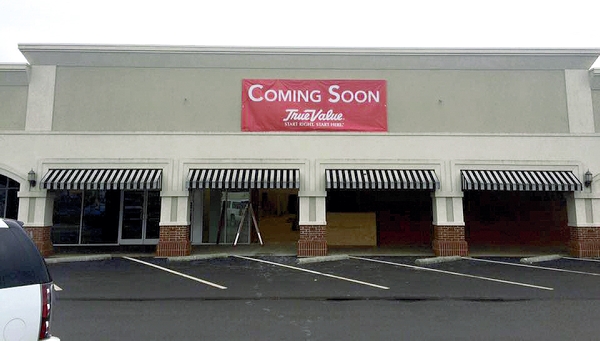 Danny Meendering said because of weather problems, the opening date of his new hardware store had to be pushed back.

“We’ve sensed some frustration from the community that we’re not open yet,” he said.

Now the store is near completion. True Value Hardware of Salisbury, at 1818 W. Innes St., will be opening on March 7 and will hold its grand opening on April 1 and 2.

Gary Ingram will be the store’s general manager.

Meendering and his mother, Sharon, own a True Value in Concord. It used to be owned by Meendering’s mother and father, but after his father passed away in 2004, Meendering decided to step in.

The Concord location has never had a down year since opening in the late 1980s.

Since the Concord location was doing so well, Meendering talked with other True Value Hardware store owners who owned multiple locations and decided expanding into a second location was what he wanted to do as a long-term plan for him and his family.

Meendering said he searched for another location for more than two years before finding the property in the Ketner Center.

“I asked my True Value representative Jamie, ‘In your driving the Charlotte market and the outlying town, have you ever passed somewhere and thought, that would be a great place for a hardware store?’ He almost immediately responded, ‘I’ve driven past this shopping center in Salisbury for years and I think it would be perfect,’” Meendering recalled.

“We’re excited to be in a building that has played such a major part in the history of Salisbury and couldn’t be happier with the support that John Ketner, our landlord, has given us in the development of this project,” he said in an email.

Meendering said Salisbury had low big-box store competition, so that was another plus.

“(Customers) are looking for an outlet to buy this stuff because they’re tired of big box stores,” he said.

Because True Value Hardware stores are independently-owned, he is able to cater his products to the area. Along with carrying pretty much everything except building materials, the store will also carry pet supplies and chicken feed – things he does not carry in the Concord location.

At the grand opening event, there will be vendors outside of the store doing product demonstrations, free hot dogs, sales and giveaways. Meendering said there will be a spin-to-win wheel where attendees can win anything from keychains to small appliances. Gas grills and power equipment will also be part of the giveaways.

Meendering said if the Salisbury location does well, he wants to continue to open more True Value Hardware stores in the future.