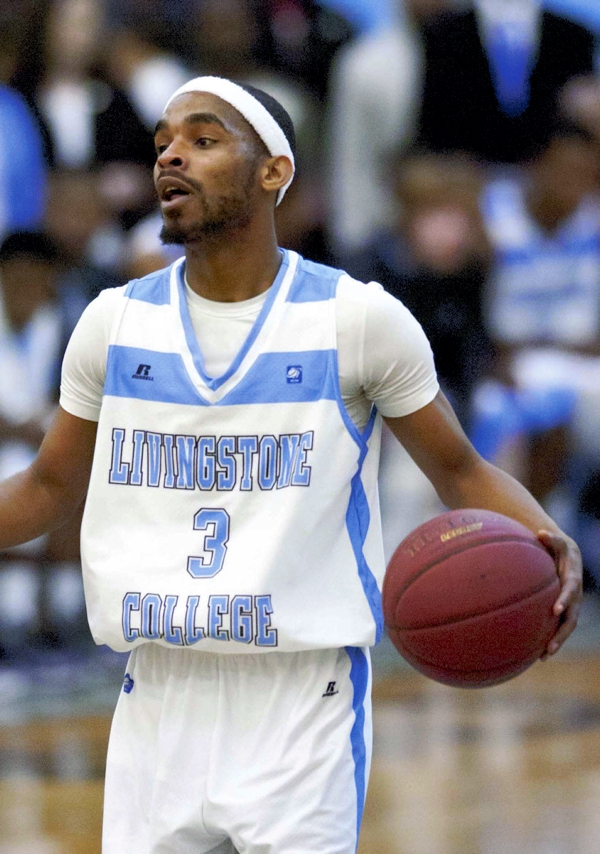 CHARLOTTE  — Livingstone has not had the men’s basketball season the team might have imagined in November.

The Blue Bears looked good at times and stumbled at other times, but coach James Stinson’s team, despite a 15-16 overall record, is right back where they’ve been the past two seasons — in the CIAA Tournament championship game.

Livingstone, two-time defending CIAA champs, gutted out a 75-70 semifinal win over Virginia Union here Friday night at Time Warner Cable Arena and will face Virginia State (22-5) tonight for the title and a three-peat at 7 p.m.

The Panthers’ John Mitchell sank one of two free throws with 15 seconds left, but Traynham made three of four foul shots in the final seven seconds to ice the win for Livingstone.

Definitely the game’s hero, Traynham had earlier made a two-point jumper at the 1:23-mark, erasing a brief one-point Virginia Union lead. Timonne Whatley’s jumper seven seconds before had given the Panthers a 68-67 lead, after Livingstone had led for most of the second half.

Throw in a free throw at the 1:55 mark and Traynham scored the Blue Bears’ last nine points of the game. He ended up with 19 points to lead the team.

“The team was un-wavering tonight,” said Stinson. “People wondered how playing two overtimes on Thursday would affect us and it did hurt us some with stamina, but at the same time, they did everything they were supposed to do.”

Traynham’s performance, along with 17 points from fellow senior Ty Newman, spoiled the magnificent effort of Virginia Union’s Kory Cooley, who poured in a game-high 29 points.

Cooley, a guard, kept the Panthers in the game in the first half with 16 of his total points. Livingstone held a 43-39 lead at halftime.

The Blue Bears, who had an 11-point lead midway through the first half, saw its biggest lead of seven points in the second half at the 18:40 mark, when Newman sank two free throws.

Livingstone kept leads of between 1-6 points throughout the second half until Cooley’s layup with 8:39 remaining tied the game at 60-60.

The score stayed there for over a minute before Livingstone’s Juwan Cole fired in a baseline 3-pointer for a 63-60 advantage. It was nip-and-tuck from there, until Traynham’s late-game heroics.

Virginia Union held the rebound advantage, 47-38, led by Ray Anderson’s 12 and 10 for John Mitchell. Anderson followed Cooley in the Panthers’ scoring with 18 points.

After Traynham and Newman, Cole and Eric Dubose scored nine points each for Livingstone. Newman and Ramel Belfield led the rebounding with five boards each.