The Refuge prepares to celebrate its fifth anniversary 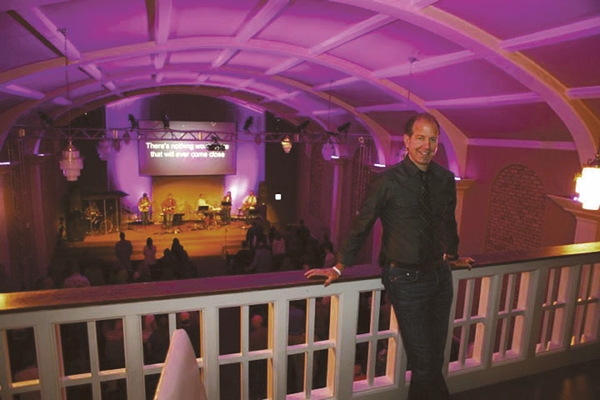 The Refuge Salisbury would like to invite all to join us in celebrating our fifth year anniversary.

Campus pastors Billy and Dana Rollins will lead the celebrations on Sunday 9 a.m. and 11 a.m. at the campus, located on North Fulton Street.

Five years ago, The Refuge was a single campus based out of Concord meeting in a converted fitness center when a vision was given to our lead pastor, Jay Stewart, to launch an additional campus in the heart of Salisbury. With a band of about 30 individuals, we decided to conduct our services at Tinseltown Theaters off of Faith Road.

It was not an easy feat to transform movie theaters into a church setting. How do you corral nursery age children from running wild in between theater seats? How do you set up a stage with microphones, sound boards, and wires for a worship team? Slowly but surely, we answered each question and provided a solution for our pre-launch experience. Equipped with welcoming techno music, friendly faces, and a ready-parking lot crew, we launched our first services at the theaters. It was not without its hiccoughs, but we were successful.

After meeting at the theater for about a year and a half, we realized we needed a more permanent structure. Another season of prayer, searching, and discussing began. This led us to the old Sacred Heart Catholic Church building on Fulton Street in the heart of downtown Salisbury. Again, the original vision of being in the center of town seemed to be coming to fruition.

After discussing the possibilities with the Catholic church leaders, we leased the building and began renovations immediately. We painted, scraped, tore down, built up, washed, cleaned, and restructured the entire inside of the building. The result was a complete transformation from desolate and depressed to glorious and alive.

With the building transformed, we then set about to transform our people. We established a Guest Court ministry that had started in the theaters. This included Street Greeters who stood outside and simply waved to cars as they passed by. This also included individuals whose sole role was to escort first time visitors around the area to give them a tour of the building and explain the service. This ministry was vital in welcoming so many newcomers to our brand new campus and remains an imperative component to our weekly services today.

From the launch of our first service, we have grown to about 180 consistent attendees on any given Sunday. We constantly seek to uphold the vision and purpose of the Refuge which is to change, connect, and challenge every person that walks through the doors. In five years, we have seen people healed, relationships restored, and the favor of God abundantly filling lives.

The past five years have been filled with so many testimonies and praises that I eagerly anticipate the next five years. Come and join us as we celebrate on February 28.