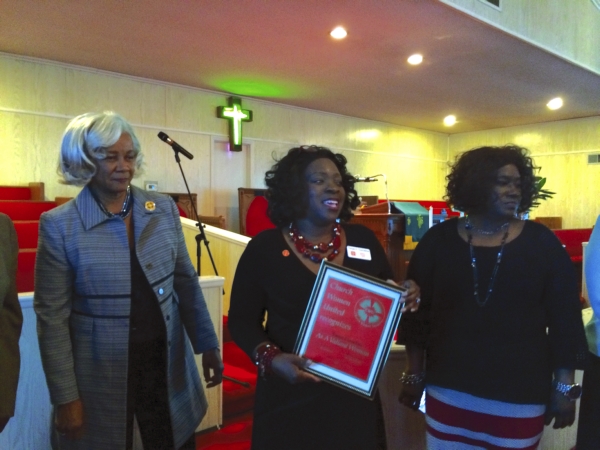 More than 50 women and men gathered to officially begin another year of worship, study, fellowship and advocating for peace with justice.

One highlight of the meeting was the presentation of the 2016 Valiant Woman Award by President Brown and Vice-president Dorothy Gill-Smith to Tonya Cornelius of Sills Creek AME Zion Church. Ms. Cornelius serves the SRCWU as Treasurer. Family members Phyllis and Robin Cornelius were present to witness their daughter / sister being honored by Church Women United.