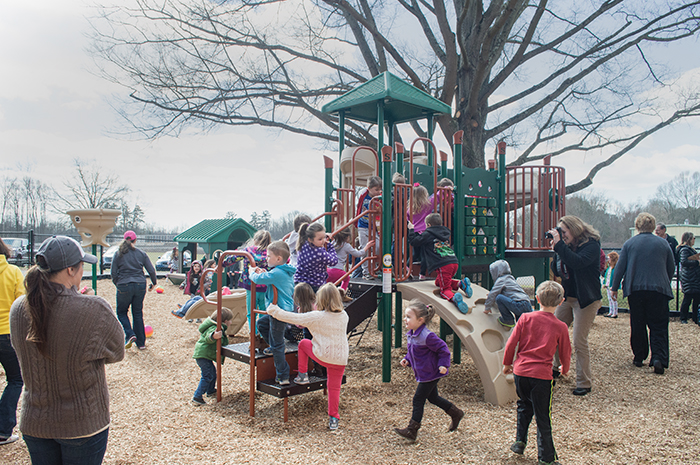 Josh Bergeron / Salisbury Post - Mount Zion United Church of Christ on Friday held a ribbon cutting for a new playground next to the church's preschool. The Church paid for the playground through a combination of grant money and donations.

CHINA GROVE — All at once there was a sudden mob of children.

The preschool students were sprinting at full speed to test out a newly built playground. Just second earlier, Mount Zion Church of Christ had finished a ribbon cutting for the new facility.

Now, the students were rushing to test out a set of four slides — each twisting and turning in different direction.

The new playground was a result of funding from grants and private donors. A total of $10,000 in funding came from a Cannon Foundation grant. Other funding came from Woodmen of the World Chapter 111 in Landis and the Cress family.

Emily Bancroft, preschool director at Mt. Zion, said the playground will replace one built in the 1980s.